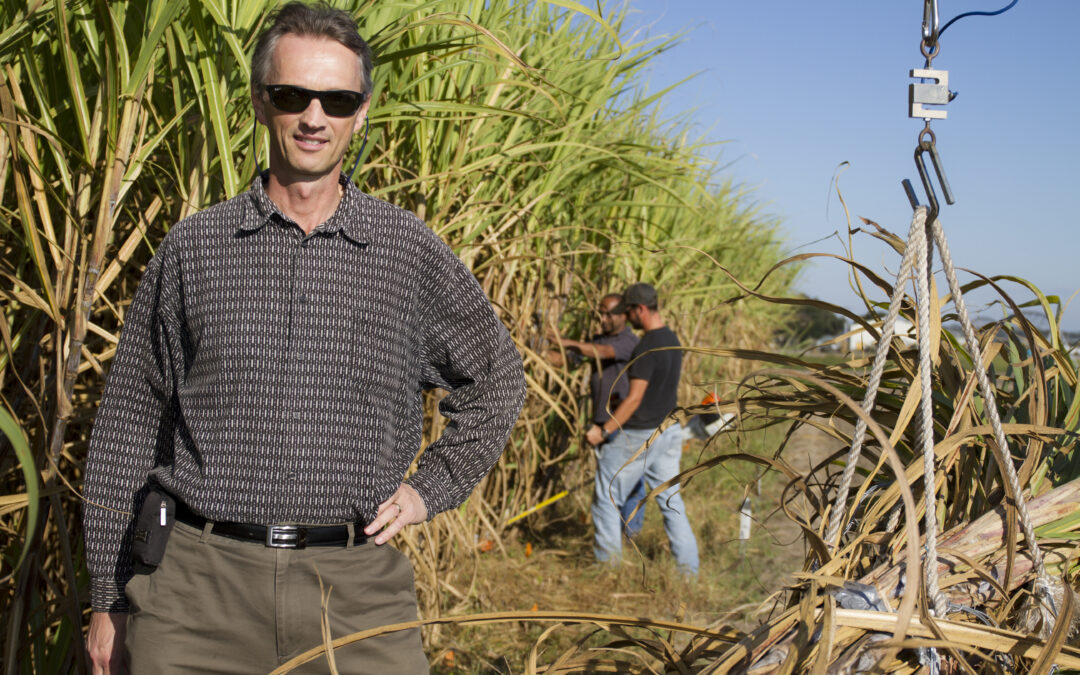 Sugarcane is one of the most productive plants on Earth, providing 80 percent of the sugar and 30 percent of the bioethanol produced worldwide. Its size and efficient use of water and light give it tremendous potential for the production of renewable value-added bioproducts and biofuels.

But the highly complex sugarcane genome poses challenges for conventional breeding, requiring more than a decade of trials for the development of an improved cultivar. 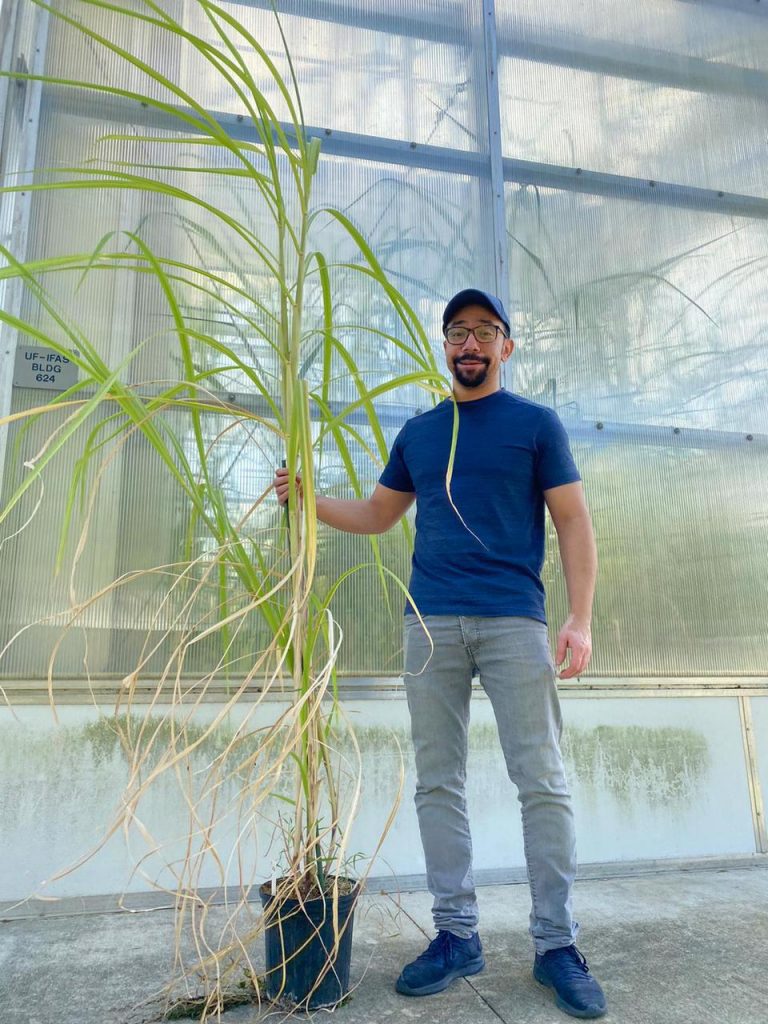 CRISPR/Cas9 allows scientists to introduce precision changes in almost any gene and, depending on the selected approach, to turn the gene off or replace it with a superior version. The latter is technically more challenging and has rarely been reported for crops so far.

In the first report, researchers demonstrated the ability to turn off variable numbers of copies of the magnesium chelatase gene, a key enzyme for chlorophyll biosynthesis in sugarcane, producing rapidly identifiable plants with light green to yellow leaves. Light green plants did not show growth reduction and may require less nitrogen fertilizer to produce the same amount of biomass. That study, published in Frontiers in Genome Editing, was led by CABBI researchers Fredy Altpeter, Professor of Agronomy at the University of Florida’s Institute of Food and Agricultural Sciences (IFAS), and Ayman Eid, a Postdoctoral Research Associate in Altpeter’s lab.

The second study, also published in Frontiers in Genome Editing, achieved efficient and reproducible gene targeting in sugarcane, demonstrating the precise substitution of multiple copies of the target gene with a superior version, conferring herbicide resistance. Scientists co-introduced a repair template together with the gene-editing tool to direct the plant’s own DNA repair process so that one or two of the thousands of building blocks of the gene, called nucleotides, were precisely replaced in the targeted location. The result was that the gene product was still fully functional and could no longer be inhibited by the herbicide. That study was led by Altpeter and former CABBI Postdoc Mehmet Tufan Oz.

“Now we have very effective tools to modify sugarcane into a crop with higher productivity or improved sustainability,” Altpeter said. “It’s important since sugarcane is the ideal crop to fuel the emerging bioeconomy.”

Sugarcane is a hybrid of two kinds of parent plants, so it has multiple sets of chromosomes rather than just two, as with humans or “diploid” plants. That creates genetic redundancy — with many sets of genes doing the same job — which may contribute to the plant’s productivity: If one set breaks, there’s a backup. But it makes sugarcane extremely difficult to modify. Crop scientists have to target all the genes and copies that govern a particular trait in order to make improvements.

With conventional breeding, two types of sugarcane are cross-bred to reshuffle the genetic information present in each parent in the hope of enhancing a desirable trait such as disease resistance. The problem is that genes are transferred from the parents to offspring in blocks, and desirable traits are often linked with deleterious genetic material. This means scientists often have to do multiple rounds of backcrossing and screen thousands of plants to restore the elite background, or underlying plant characteristics, in addition to improving one trait they’re attempting to modify. The process is more time-consuming and costly in plants with complex genomes like sugarcane. 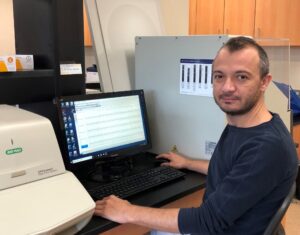 Precise gene-editing technologies such as CRISPR-Cas9 offer a much more targeted path to crop improvement because it avoids the reshuffling of genetic information and simply changes inferior gene versions into superior ones. Given the sugarcane genome’s complexity, Altpeter and his team focused initially on genes that control noticeable traits — leaf color and herbicide resistance — so they could determine if the edits worked.

Beyond providing an easily identifiable phenotype, the targeted genes may prove useful in future research. Changing the chlorophyll content of sugarcane has the potential to increase canopy level photosynthesis or reduce the requirement for nitrogen fertilizer, based on previous plant modeling. Sugarcane is a tall, dense plant, with the top leaves getting lots of sun and shading lower foliage. If the upper leaves have less chlorophyll, sunlight can penetrate deeper into the plant, increasing its biomass with the same amount of light and less fertilizer. Herbicide resistance is not only an agronomically desirable trait to facilitate weed management; it will also facilitate future gene-editing efforts by enabling suppression of non-edited plant cells.

At CABBI, Altpeter and his team are already applying the results to develop improved sugarcane lines. Sugarcane has many different gene targets that can translate into more biomass or the production of lipids or specialty fatty acids — all of which would advance CABBI’s goals to produce fuels and other products from plants to replace petroleum. Because the crop is already harvested and processed for sugar extraction, the basic infrastructure to process its raw material into a product on a shelf is essentially in place.

View a video of Altpeter, Eid, and other co-authors in the tissue culture lab >>>