Pollen Power is an annual, weeklong summer camp led by CABBI Feedstock Production scientists Andrew Leakey and Elizabeth Ainsworth that provides an opportunity for middle school girls to study plant responses to climate change and sustainable agriculture. Girls from underrepresented groups are actively recruited and sponsored so they can participate at no cost. The camp runs for 20-40 students each year. 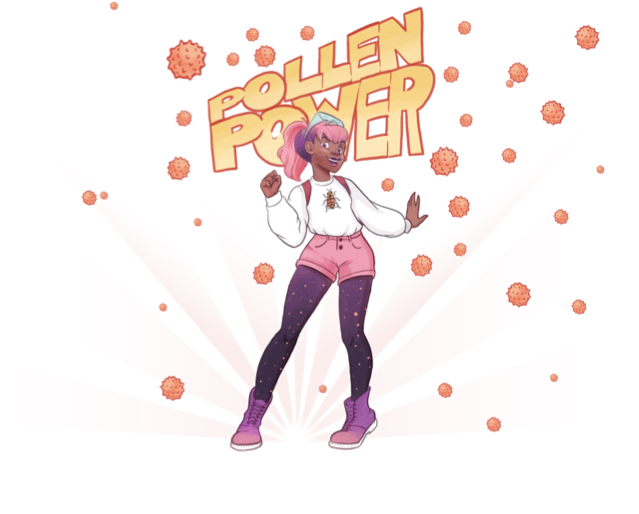 Improving educational attainment of minority and underrepresented groups, including women, is a key element in raising overall standards in U.S. science education (ACE, 2008; NSF, 2006). Educational research indicates that middle school students are of an age (11-13 years) when many, especially girls, have experiences and make decisions that determine if they later pursue science, technology, engineering and mathematics (STEM) subjects in higher education or as a career (Jensen and McMullen 1995). In addition, women obtain >50% of U.S. undergraduate degrees in biology but <20% undergraduate degrees in computer science, engineering and physics (NSF, 2014). This is a disadvantageous pattern given the greater and greater need for interdisciplinary approaches to biological research that can solve the great societal challenges of today.

At Pollen Power, the girls are led in small groups by female graduate students to learn a range of imaging and communication technologies, including the use of confocal microscopes to image fossil pollen, which has been used to reconstruct vegetation patterns in past climates. This gives the campers first-hand experience in a research environment with female mentors. They also produce video reports using our green-screen special effects stage to communicate climate change science to their families.

Education Professor Barbara Hug is part of the Pollen Power team and performed assessments indicating positive outcomes of the camp for both the middle school students as well as the graduate student teachers.