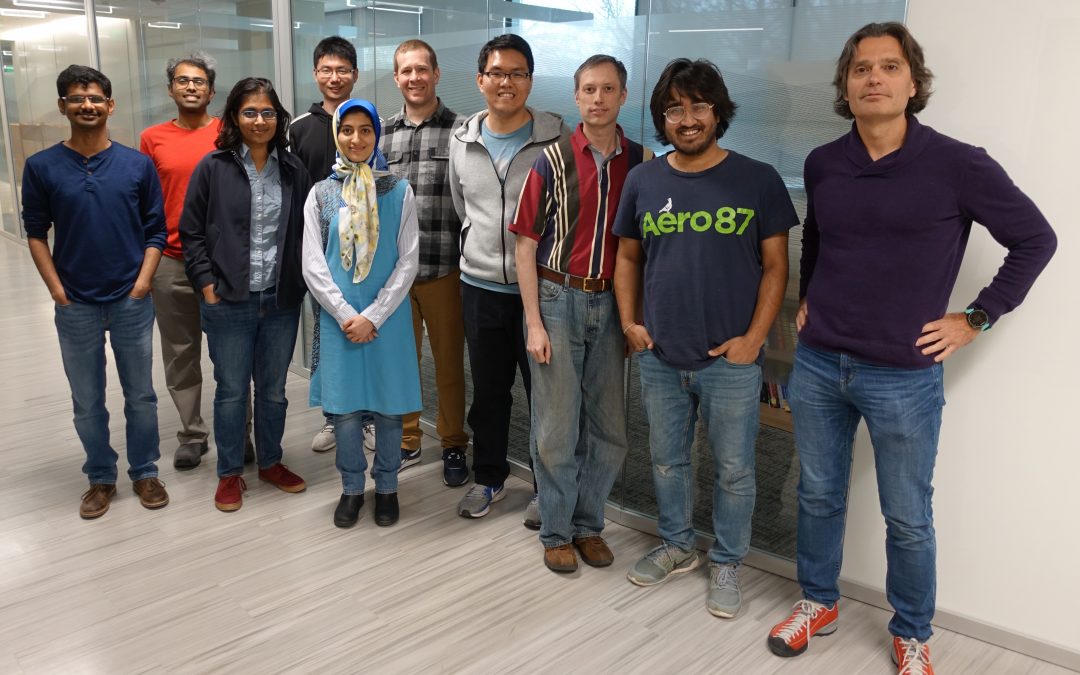 Maranas, the Donald B. Broughton Professor of Chemical Engineering at Penn State (pictured at far right with his team), will lead the effort to build genome-scale models for two yeasts, Rhodosporidium toruloides and Issatchenkia orientalis, as part of CABBI’s Conversion Theme.

“He is the leading expert in computational modeling of cell metabolism,” said CABBI Conversion Theme Leader Huimin Zhao, Professor and Steven L. Miller Chair of Chemical and Biomolecular Engineering at the University of Illinois at Urbana-Champaign. Maranas’ model combines the regulatory network with the enzymatic reaction network to “better understand what’s going on inside the cell,” Zhao said.

The two engineers have known each other for many years and have collaborated on research projects before. Maranas is part of another U.S. Department of Energy-funded project led by Zhao that is developing genome-scale engineering tools for R. toruloides and I. orientalis. All of the other researchers in that project are part of CABBI, and their role is to develop metabolic models for both organisms, Maranas said.

“Our involvement within CABBI builds on these activities by developing regulated models of metabolism and deploying strain design tools developed earlier in our group towards various biofuel molecules,” he said.

Maranas’ lab has also developed computational tools for “synthetic planning,” designing metabolic pathways to synthesize novel compounds, which could be used for synthesis of chemicals and biofuels, Zhao said. His team has already identified a few case studies where those tools could be deployed, Maranas said.

“There is a need in CABBI, at least in the Conversion Theme, for that kind of work,” which was part of the original CABBI proposal, Zhao said.

Maranas, who grew up in Thessaloniki, Greece, earned his diploma in Chemical Engineering at Aristotle University of Thessaloniki in 1990, then decided to pursue a Ph.D. at Princeton University, which he completed in 1995. He has been on the Penn State faculty for 25 years.

Maranas, pictured at right in photo, will be working with Penn State Postdoctoral Researcher Patrick Suthers, third from right, on CABBI’s Conversion team.

“We are happy to join the CABBI family and hope to be able to contribute in a meaningful way,” Maranas said.

Zhao said CABBI’s conversion team has made “good progress,” publishing 17 papers during the center’s first year and 29 the second year.

“Now the biggest challenge for the Conversion team is how we can integrate our expertise to solve some big scientific challenges in bioenergy research,” he said, “things that cannot be done by a single lab or a few labs.”