Out of This World: U of I Bioenergy Researchers Accurately Measure Photosynthesis from Space 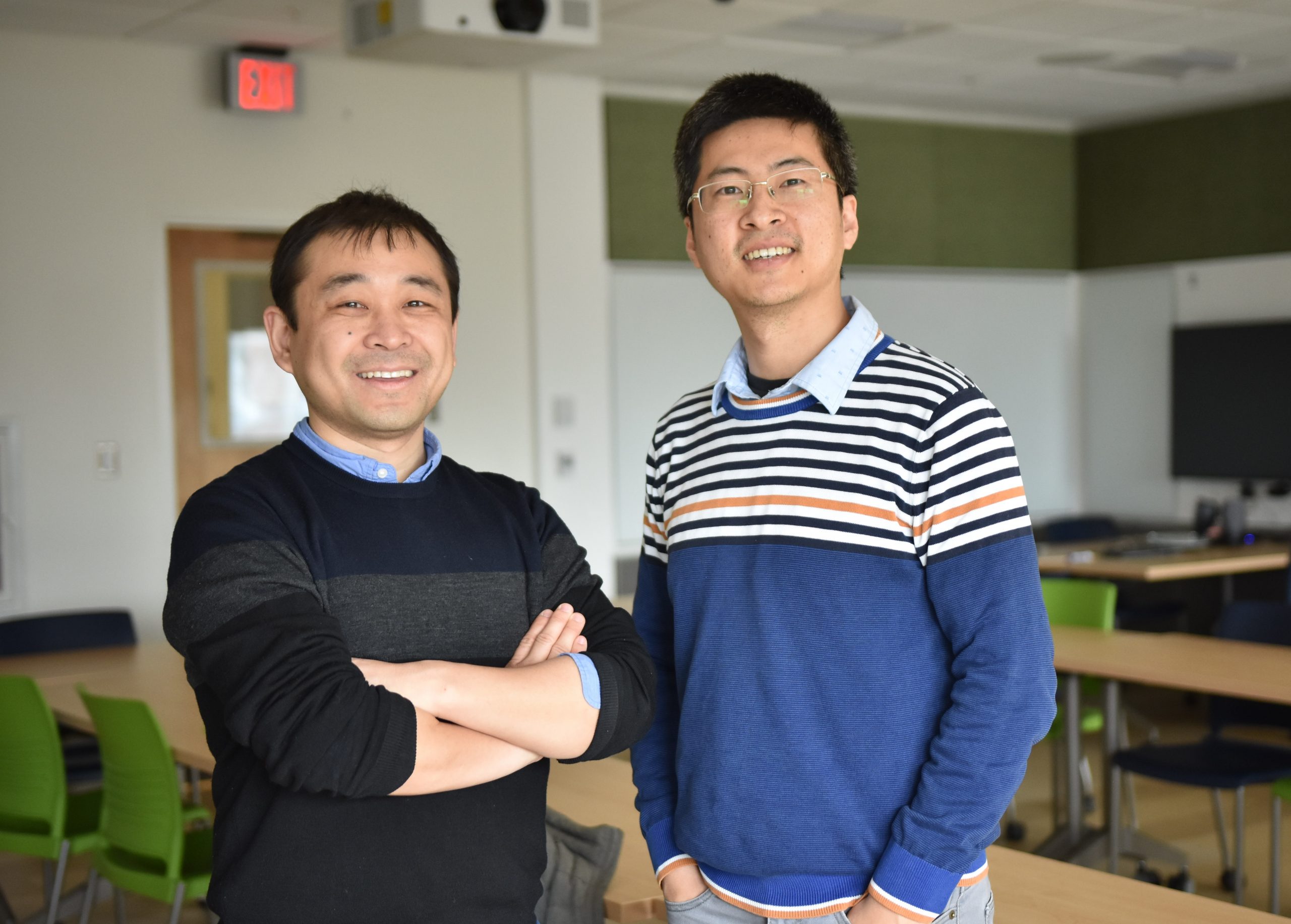 As most of us learned in school, plants use sunlight to synthesize carbon dioxide (CO2) and water into carbohydrates in a process called photosynthesis. But nature’s “factories” don’t just provide us with food — they also generate insights into how ecosystems will react to a changing climate and carbon-filled atmosphere.

Because of their ability to make valuable products from organic compounds like CO2, plants are known as “primary producers.” Gross primary production (GPP), which quantifies the rate of CO2 fixation in plants through photosynthesis, is a key metric to track the health and performance of any plant-based ecosystem.

A research team with the U.S. Department of Energy’s Center for Advanced Bioenergy and Bioproducts Innovation (CABBI) at the University of Illinois Urbana-Champaign developed a product to accurately measure GPP: the SatelLite Only Photosynthesis Estimation Gross Primary Production (SLOPE GPP) product at a daily time step and field-scale spatial resolution.

The team leveraged the Blue Waters supercomputer, housed at the U of I National Center for Supercomputing Applications (NCSA), in its research. The paper was published in Earth System Science Data in February 2021.

“Quantifying the rate at which plants in a given area process CO2 is critical to a global understanding of carbon cycling, terrestrial land management, and water and soil health — especially given the erratic conditions of a warming planet,” said Kaiyu Guan, project leader and NCSA Blue Waters Professor.

“Measuring photosynthesis is especially pertinent to agricultural ecosystems, where plant productivity and biomass levels are directly tied to crop yield and therefore food security. Our research directly applies to not only ecosystem service, but also societal well-being,” said Chongya Jiang, a research scientist on the project.

Of particular intrigue is the relevance of GPP monitoring to bioenergy agricultural ecosystems, where the crops’ “factories” are specially designed to produce renewable biofuels. Quantifying CO2 fixation in these environments is instrumental to optimizing field performance and contributing to the global bioeconomy. CABBI scientists, such as Sustainability Theme researcher Andy VanLoocke, suggest that this critical new data can be used to constrain model simulations for bioenergy crop yield potentials.

The technology used in this experiment is cutting-edge. As its name suggests, it is purely derived from satellite data, and therefore completely observation-based as opposed to relying on complex, uncertain modeling methods.

One example of an observation-based technology is solar-induced chlorophyll fluorescence (SIF), a weak light signal emitted by plants that has been used as a novel proxy for GPP. Inspired by their years-long ground observations of SIF, Guan’s group developed an even more advanced method to improve GPP estimation: integrating a new vegetation index called “soil-adjusted near-infrared reflectance of vegetation” (SANIRv) with photosynthetically active radiation (PAR).

Through an analysis of 49 AmeriFlux sites, researchers found that PAR and SANIRv can be leveraged to accurately estimate GPP. In fact, the SLOPE GPP product can explain 85% of spatial and temporal variations in GPP acquired from the analyzed sites — a successful result, and the best performance ever achieved benchmarked on this gold-standard data. As both SANIRv and PAR are “satellite only,” this is an achievement that researchers have long been seeking but is just now being implemented in an operational GPP product.

Existing processes to quantify GPP are inefficient for three key reasons: spatial (image-based) precision, temporal (time-based) precision, and latency (delay in data availability). The SLOPE GPP product created by Guan’s team uses satellite images twice as sharp as most large-scale studies (measuring at 250 meters versus the typical >500 meters) and retrieves data on a daily cycle, eight times finer than the norm. More importantly, this new product has between one and three days latency, whereas existing datasets lag behind by months or even years. Finally, the majority of GPP products employed today are analysis- rather than observation-based — the metrics they use to calculate GPP (e.g., soil moisture, temperature, etc.) are derived from algorithms rather than real-world conditions gleaned from satellite observations.

“Photosynthesis, or GPP, is the foundation for quantifying the field-level carbon budget. Without accurate GPP information, quantifying other carbon-related variables, such as annual soil carbon change, is much less reliable,” Guan said. “The Blue Waters supercomputer made our peta-bytes computing possible. We will use this novel GPP data to significantly advance our ability to quantify agricultural carbon budget accounting, and it will serve as a primary input to constrain the modeling of soil organic carbon change for every field that requires soil carbon quantification. In addition to the SLOPE GPP data, similar methods allow us to generate GPP data at 10-meter and daily resolution to even enable sub-field precision agricultural management.”

The SLOPE GPP data from 2000-2019 is archived under a Creative Commons Attribution 4.0 license and is publicly available at NASA’s Oak Ridge National Laboratory Distributed Active Archive Center. Download the data here or access using the DOI at https://doi.org/10.3334/ORNLDAAC/1786.

In addition to their CABBI research roles, Jiang and Guan are affiliated with the Agroecosystem Sustainability Center (ASC), the Institute for Sustainability, Energy, and Environment (iSEE), and the College of Agricultural, Consumer and Environmental Sciences (ACES) at Illinois. The study’s co-authors are Ph.D. Candidate Genghong Wu, ASC, CABBI and ACES; Research Scientist Bin Peng, ASC, NCSA and ACES; and Research Scientist Sheng Wang, ASC, CABBI and ACES. The project is partially funded by the NASA Carbon Monitoring System and NSF Environmental Sustainability Program. Blue Waters is supported by the National Science Foundation and National Geospatial Agency.