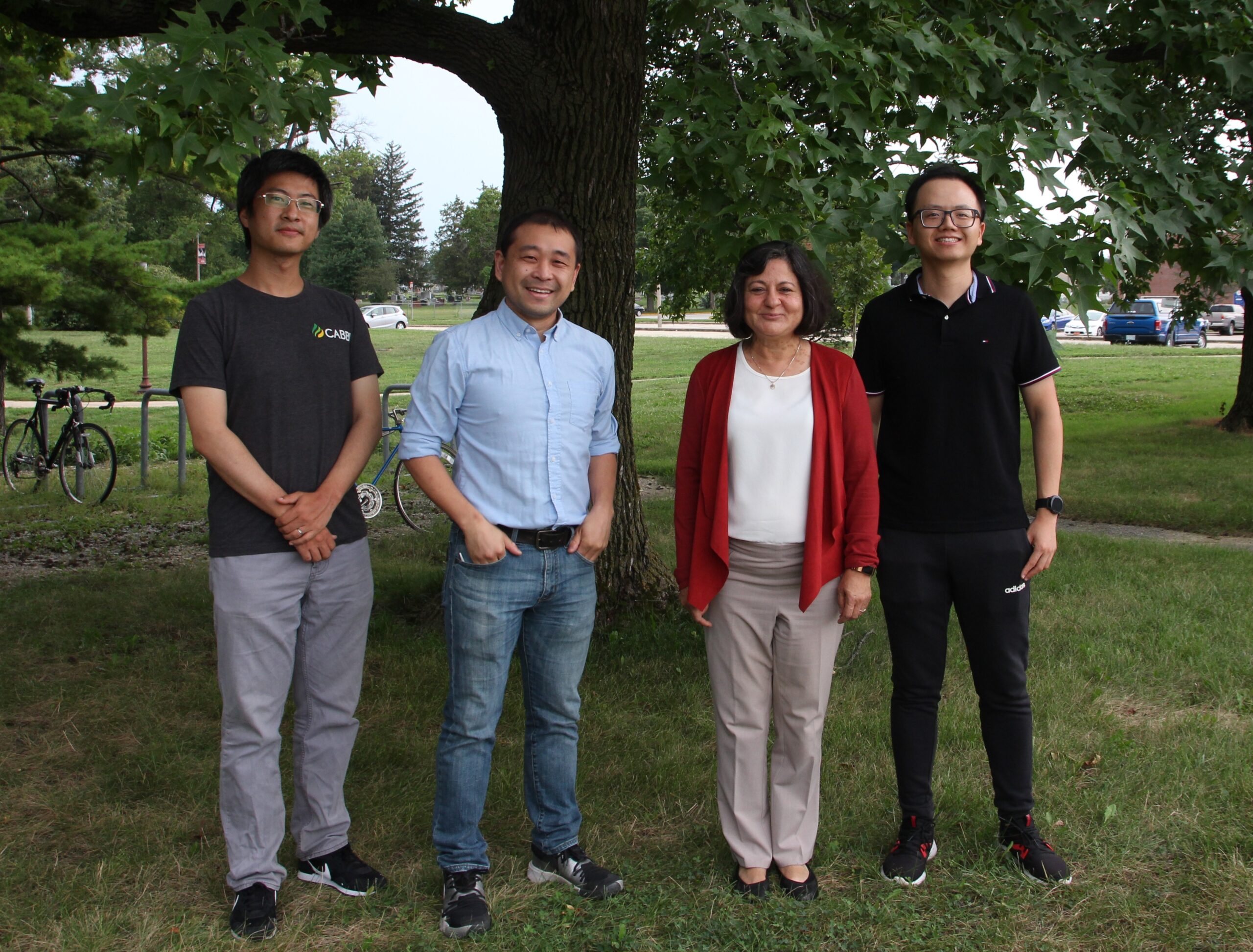 Land is the planet’s limiting resource. We need land for food, biofuel, feed, ecosystem services, and more. But all land is not equal. Concerns about diverting land under food/feed crops to biofuel feedstocks have led to interest in using marginal land to produce these dedicated bioenergy crops for advanced biofuels. Marginal land has typically been defined as land that is of low quality and not in food crop production. Since energy crops can grow productively on low-quality land, there’s great interest in the potential of energy crops on marginal land to avoid conflict with food production.

A recent study led by Chongya Jiang, a University of Illinois Research Scientist at the Center for Advanced Bioenergy and Bioproducts Innovation (CABBI), shows that researchers may be overestimating the amount of land that is available for bioenergy crops if they simply look at land that is low quality and low productivity. Results from this study by CABBI, a U.S. Department of Energy (DOE) Bioenergy Research Center, were published in Environmental Science & Technology.

“Sometimes that low productivity land will be in crop production if prices are high and at other times even high productivity land may be idle if crop prices are low,”  said co-author Madhu Khanna, the CABBI Sustainability Theme Leader and ACES Distinguished Professor in Environmental Economics at the University of Illinois Urbana-Champaign.

Estimating the amount of economically marginal land in the contiguous United States is no simple task, however. Widespread data on land profitability is not publicly available. So the CABBI team employed a clever solution to this problem: tracking changes in land use.

“This study presents a framework to assess marginal land by using frequent land use change as an indicator of economic marginality,” Jiang said.

“We turned to satellite data,” said co-author Kaiyu Guan, Blue Waters Associate Professor of Natural Resources and Environmental Sciences at Illinois. “Our team looked at which satellite pixels were permanently cropland, which were permanently grasslands, and which were frequently changing from one use to another. The pixels that were frequently changing are more likely candidates for economically marginal land.”

It’s not quite that simple, however. A change could simply be an error in classification, or there could be noise in the data, not a deliberate conversion from one form of land use to another. To deal with this, the team developed an algorithm using multi-source data as constraints that would allow them to identify where they were confident in classifying land, and where they were uncertain.

“We have processed 9 billion pixels for each of the 8 years of satellite data. It is a huge amount of work that only a supercomputer — the Blue Waters Supercomputer in our case — can enable us to do,” Jiang said.

“There may be some land that is profitable but that is producing negative environmental effects that are not priced,” Khanna said. “If we were to price those social and societal costs, the land would not be profitable. When considering if land is marginal, we should consider all these negative externalities associated with food crops, as well as the beneficial ecosystem services that come from land used for natural forests and natural grasslands. We not only want to avoid conflict with food production, but also ensure we are improving the environment.”

Applying this social marginality framework to real-world land use will require an interdisciplinary approach. Site-specific monetization of the benefits along with ecosystem models could assess which areas are causing the most environmental damage and which areas could have the greatest benefits if converted. And then combining that with their understanding of economically marginal land, researchers could pinpoint areas where land might be economically beneficial but socially marginal.

All these methods are still evolving and need further research to be precise and accurate, but Khanna hopes that implementing the team’s social marginality framework will provide both a mechanism for greater collaboration across the Bioenergy Research Centers and a solid foundation to build up our understanding of which land is most suitable for growing energy crops.

Co-authors on the Environmental Science & Technology article include Jiang, Guan, and Khanna; along with Illinois CABBI scientists Luoye Chen, a Ph.D. student in Agricultural & Applied Economics, and Jian Peng, an Associate Professor of Computer Science.