Integration Postdoc Bridges the Gap Between Feedstocks and Conversion 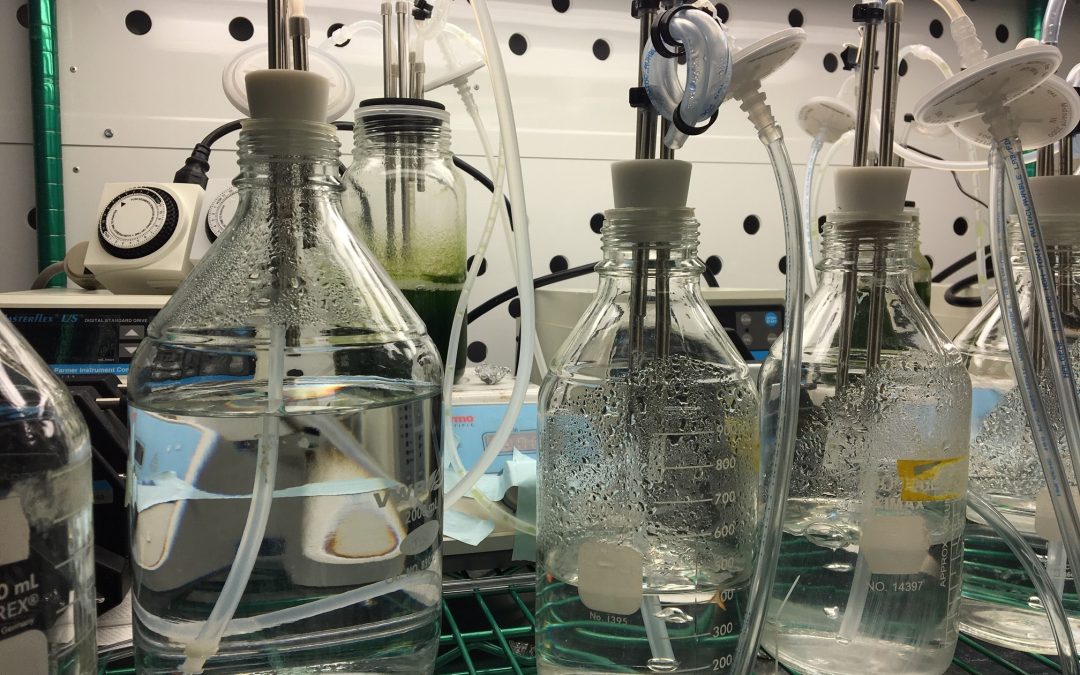 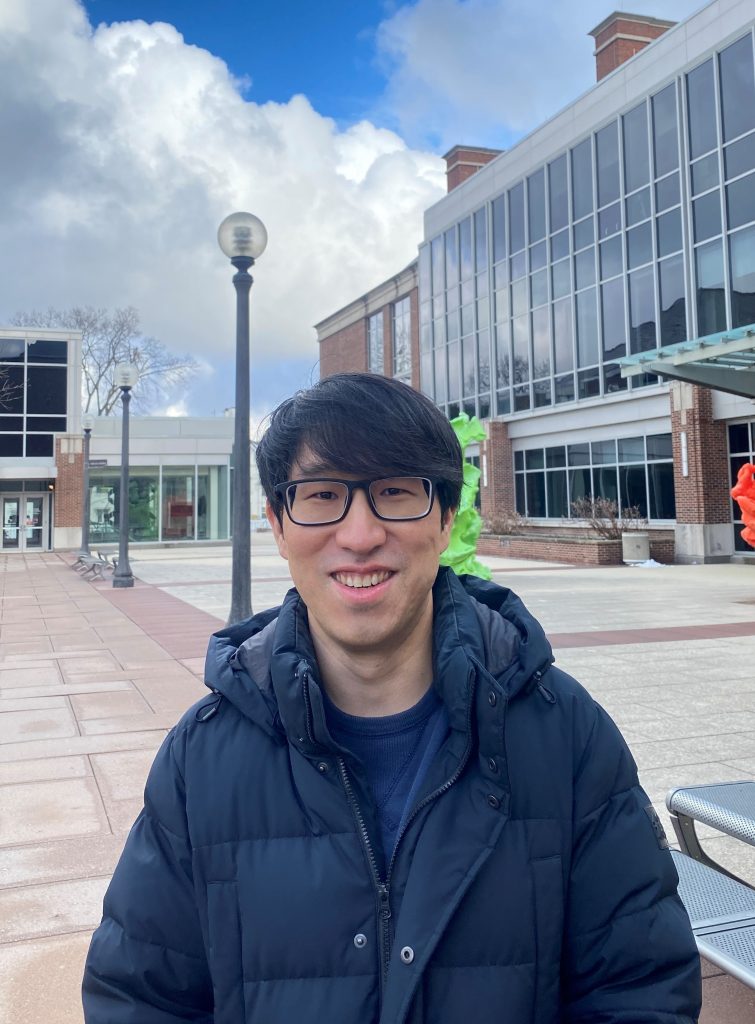 Above: Nam Kyu Kang is the integration Postdoctoral Researcher working with the Ort and Jin Labs. Top: The bioreactor created by Kang to culture engineered microalgae. Credits: Nam Kyu Kang

The overarching goal of the Center for Advanced Bioenergy and Bioproducts Innovation (CABBI) is to reduce the nation’s dependence on fossil fuels by increasing the value of energy crops. CABBI uses a “plants as factories” approach to grow fuels in plant stems, derive valuable chemicals from plant matter, and ensure economic and environmental sustainability throughout the operations cycle.

In a novel collaboration between two University of Illinois Urbana-Champaign labs, researchers from the two themes are pooling their skills to engineer plants that produce organic acids directly from carbon dioxide (CO2) and sunlight, cutting out the extra step of conversion via microbes.

The two principal investigators leading this project come from different themes in CABBI. Donald Ort is the Robert Emerson Professor of Plant Biology, Interim Director of Carl R. Woese Institute for Genomic Biology, and a lead scientist in CABBI’s Feedstock Production Theme. His work focuses on developing strategies to increase the photosynthetic performance of C4 grasses like sorghum. Yong-Su Jin is a Professor of Food Microbiology in Food Science and Human Nutrition, and a lead scientist in CABBI’s Conversion Theme. He studies yeast strain engineering, facilitating biochemical production from cellulosic sugars.

The idea for this revolutionary project came about while the Ort and Jin Labs were collaborating on the RIPE (Realizing Increased Photosynthetic Efficiency) Project.

It’s not as simple as editing a few genes in a crop. Enabling the accumulation of organic acids in energy crops is a long-term goal. The team’s short-term focus is investigating the implementation of organic acid production pathways in microalgae, which are much more simplistic organisms than plants — making them a perfect testbed for this project. 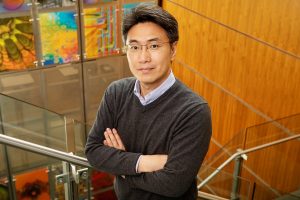 Jin and Ort have vastly different research backgrounds, providing complementary skills but also adding a layer of challenge to the collaboration. Enter Nam Kyu Kang, a Postdoctoral Researcher recruited by Jin and Ort to help spearhead this project. Kang earned his B.S. in Chemical Engineering from Sunkyunkwan University and went on to earn his Ph.D. in Chemical and Biomolecular Engineering at the Korea Advanced Institute of Science and Technology. His doctoral and postdoctoral work has focused on microalgae engineering, making him the ideal candidate to bridge the gap.

Another valuable skill Kang brings to the table is his fluency in techno-economic analysis. There were times during the recent COVID-19 lockdown when no one could work on experiments in the lab, so Kang instead elected to use Super Pro Designer software to simulate and confirm the commercial feasibility of making glycolic acid, a type of organic acid, from this photosynthetic pathway. The glycolic acid on the market currently sells for approximately $300 per kilogram. Kang found that, with the metabolic pathway they’ve engineered in microalgae, one kilogram of glycolic acid can be produced for about $30.

Kang is currently working with two systems:  the simple unicellular microalgae; and the fast-growing plant Arabidopsis. He cultures engineered microalgae in a bioreactor of his own creation and grows mutant Arabidopsis in the Ort Lab. Kang then uses an analytical instrument — like high-performance liquid chromatography (HPLC) or gas chromatography-mass spectrometry (GCMS) — to determine the concentration of organic acid in the culture media or plant tissue. After discussing his data with Jin and Ort, the three decide on their next course of action and how to improve upon the mutant strains they’re working with.

The metabolic engineering process is highly iterative. Editing the pathways of vital molecules involved in central metabolism can lead to massive changes in the organism, so there’s a lot of trial and error involved. 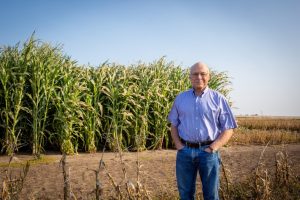 “Even if you’re just siphoning off some of the substrate, you’ll frequently have highly unpredictable outcomes,” Ort said. “Those are surprises, and typically they’re not pleasant surprises.”

Once the team successfully implemented the pathway in fast-growing unicellular microalgae, the next step was to make the jump to plants. However, moving straight from microalgae to energy crops is a massive leap in both organism complexity and generation time. As such, the team is first working on implementing the pathway in Arabidopsis and tobacco for proof of concept. These plants grow much faster than C4 bioenergy grasses and are easier to work with.

Years down the line, when the team introduces its metabolic design into energy crops, the challenge will be ensuring that the crops grow well in the greenhouse — and in the field. Because of the many “surprises” that can come from metabolic engineering, creating a mutant that both produces a valuable product and offers similar yields to a wild-type plant would be a success.

One of the early metabolic engineering challenges for the team is glycolic acid storage in plants. In microalgae, the overproduction of organic acid is not a problem, as the organisms simply shunt the excess out into the media. Plants, however, don’t have that luxury. Glycolic acid is toxic if it stays in the metabolic components of the plant, causing problems like stunted growth. Because of this, the team is working toward engineering plants that store the excess organic acid in the vacuole, a structure in the plant’s cells, where it won’t be as harmful.

Although the project is slow-going, the metabolic pathway Kang, Jin, and Ort are working on is already showing promise. It will be years before they’ve moved into energy crops, but Kang’s microalgae are already able to produce organic acid for a fraction of the market value. The future is looking bright for integration at CABBI.