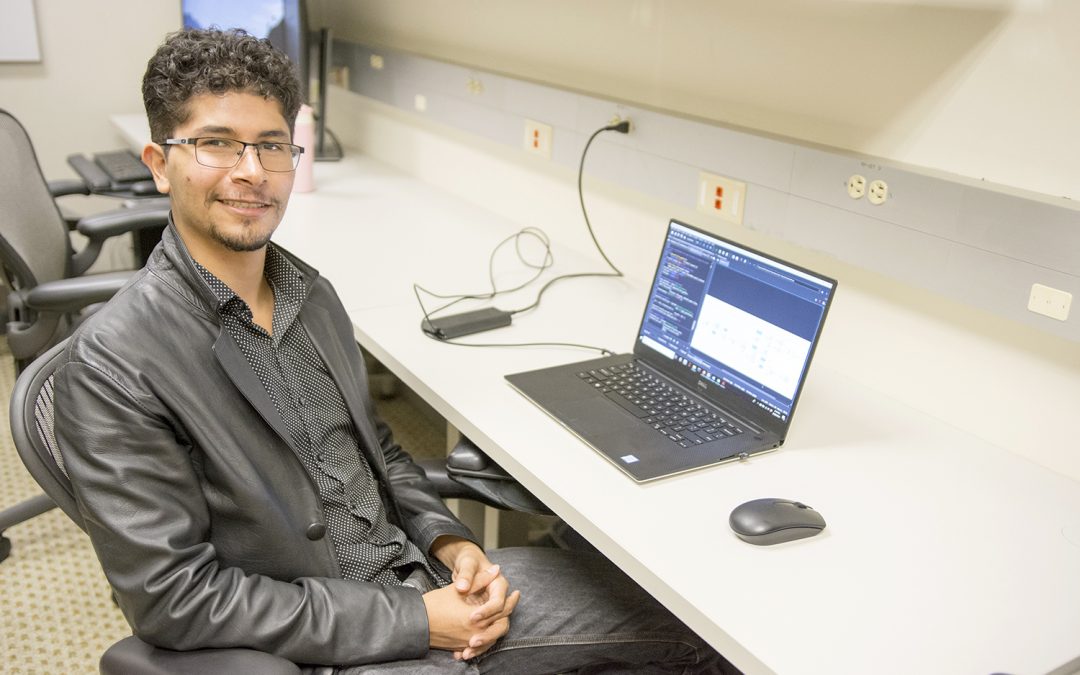 Perennial grasses can be converted into everything from ethanol to bioplastics, but it’s unclear which bioproducts hold the greatest potential.

BioSTEAM, a new open-source simulation software package in Python developed by researchers at the University of Illinois at Urbana-Champaign, gives scientists, engineers, biotechnology companies, and funding agencies a fast, flexible tool to analyze the economics of producing different biofuels and bioproducts — in a matter of seconds.

BioSTEAM — Biorefinery Simulation and Techno-Economic Analysis Modules — allows researchers to quickly compare and prioritize strategies for converting biomass to fuels and products. It also generates data that can be used to evaluate the environmental impact of biorefineries, including greenhouse gas emissions, paving the way for a sustainable bioeconomy. 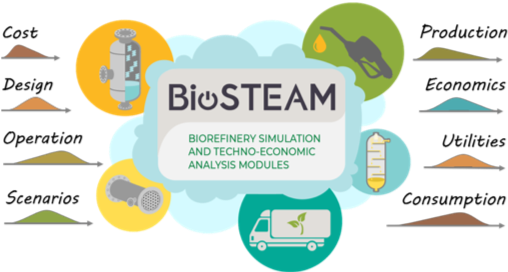 The project by lead developer Yoel Cortes-Peña (pictured above), a National Science Foundation Graduate Research Fellow and Ph.D. Candidate in the Department of Civil and Environmental Engineering, and his advisor, Associate Professor Jeremy Guest, was published in the latest issue of ACS Sustainable Chemistry & Engineering. Both researchers are part of the Center for Advanced Bioenergy and Bioproducts Innovation (CABBI), a U.S. Department of Energy-funded Bioenergy Research Center.

“Understanding the economic and environmental implications of technology is particularly helpful early in the development pipeline, so we can prioritize research and development in directions that can be most impactful,” Cortes-Peña said.

Techno-economic analysis (TEA) provides critical information on the economic viability, technological hurdles, and venture risk of producing biofuels and bioproducts. Typically, that requires specialized researchers who prepare detailed designs of biorefineries and run simulations — a burdensome process that is time-consuming, expensive, and a barrier to early stage research, the researchers said.

“It can take months to do an analysis of a single design for a single idea, and after that the analytical tools are still only accessible to researchers who specialize in techno-economic analysis,” Guest said.

Those evaluations typically neglect technological, environmental, and market-driven uncertainties, Cortes-Peña said. And many existing simulation tools are proprietary, so comparing models is difficult. BioSTEAM provides the building blocks to simulate a biorefinery, and its flexible framework allows for design, simulation, and TEA that incorporates uncertainties as a key feature.

The analysis factored in 94 parameters for the lipid-cane biorefinery simulation and 228 for corn stover — everything from financial assumptions to the performance of each individual operation, such as the efficiency of a separation process or how well the microorganisms convert sugar to ethanol. It also embraced the uncertainty of those factors, providing a range of values and allowing for more flexible simulations.

Why is that important? Other models might estimate the cost of biofuel or bioproducts with a single number — a dollars-per-gallon figure — but in reality many assumptions feed into that number, and they aren’t certain or transparent, Guest said. BioSTEAM provides a range of numbers to more accurately represent the likely cost. It also allows researchers to do rigorous sensitivity analyses — for example, to determine which factors fuel costs are most sensitive to.

Case in point: The study demonstrated that a key driver of fuel costs is the size of the biorefinery, in particular how much corn stover it processes, Guest said. The larger the facility, the lower the per-gallon cost. That information can be linked to work by other researchers who study supply chains or what land is suitable to grow crops, to help site biorefineries. In the past, models generally assumed one size for a facility, without quantifying the implications of that assumption.

BioSTEAM’s speed is transformative. It was able to evaluate 31,000 different biorefinery designs, across a continuum of feedstock compositions, in less than 50 minutes. The results matched benchmark models and, through sensitivity analysis, revealed key bottlenecks for research and development.

Using BioSTEAM, anyone can design a new biorefinery and simulate it in the software, Guest said.

“But it’s also set up so that each time we write the code for a new biorefinery, that code can be made publicly available. Anyone working on those types of technologies can go in and easily change the scenario and explore the data for themselves,” he said. Users could plug in different policies, financial incentives, tax structures, feedstocks, or technologies and immediately understand the implications of those changes.

The goal is to make TEA more available to researchers who have ideas about how to improve feedstocks, or how to develop new conversion technologies to produce new biofuels or bioproducts, and help them make rapid decisions about which to pursue, Guest said. That would include anyone in technology development — researchers, companies, and investors working on emerging technology, or funding agencies that have to prioritize research and development.

“The intent here is to expedite innovation,” he said, “… and more quickly get concepts to deployment to bring down the cost of biofuels so they are more financially viable and environmentally sustainable.”

Eventually, he said, DOE would like all petroleum products — from fuel to plastics — to be made from sustainable alternatives. “The intent is to replace the entire barrel of oil with biologically derived products,” he said.

BioSTEAM is available online through the Python Package Index, at Pypi.org. A life cycle assessment (LCA) add-on to BioSTEAM to quantify the environmental impacts of biorefineries — developed by CABBI Postdoctoral Researcher Rui Shi and the Guest Research Group — is also set to be released in March 2020. To further increase availability of these tools, Guest’s team is also designing a website with a graphical user interface where researchers can plug new parameters for a biorefinery simulation into existing configurations, and download results within minutes.

BioSTEAM’s creators drew on open-source software developed by other researchers, including a data bank with 20,000 chemicals and their thermodynamic properties.

“That’s part of what makes this possible — communities of researchers who are working to make these tools more available to everyone,” Guest said.