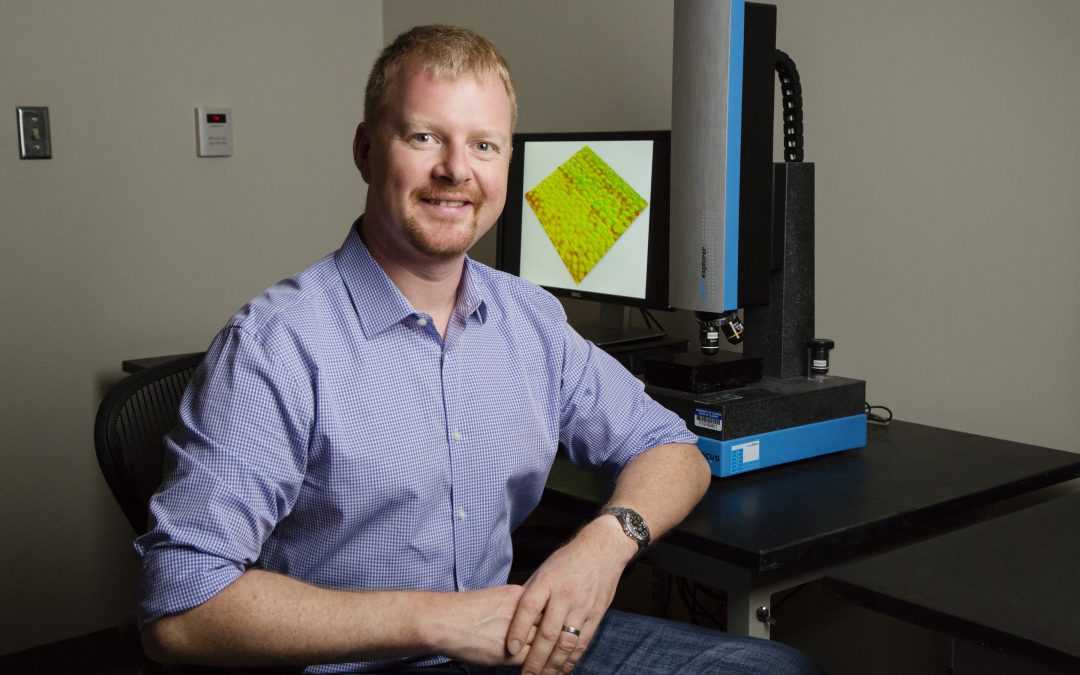 He takes over as CABBI is hitting its stride in Year 3 of a five-year, $115 million grant from the U.S. Department of Energy (DOE). Despite the many unusual challenges of 2020, CABBI has published a steady stream of new scientific papers — and has completed the first steps of a groundbreaking project to test oilcane, a sugarcane variety engineered to divert natural sugars to oil for biofuel production.

In this Q&A, Leakey talks about his path to this position, the Center’s successes to date, and his vision for CABBI moving forward.

Why did you decide to take this job? How are you feeling now that you’ve held this seat for a few months?

I’m really excited about this opportunity. There’s a lot of reward that comes from representing a really talented, diverse, multidisciplinary team, like all of the faculty, postdocs, students, and technicians who work in CABBI. I really like integrative science, and I have been fortunate to participate in a lot of team research projects in my career. Our team is doing so much exciting science that it’s a pleasure to talk about it, whether to colleagues from around the nation or to the administrators we report to at the DOE.

Equally, I’ve been very pleased and grateful for the positive response that I’ve gotten from senior leadership on campus, and their enthusiasm for CABBI. I’ve had the chance to take the Vice Chancellor for Research and Innovation as well as the Vice President for Research — the campus- and system-level administrators — out to the field sites to see things like the oilcane project. That conveys our team’s work better than any PowerPoint presentation ever could.

How would you describe Evan DeLucia’s leadership at CABBI during its first few years?

I can’t thank Evan enough for everything he did to establish CABBI — from assembling the team and writing the proposal to getting everything up and running once the award was made. Several people have asked me since I started, “What’s it been like?” And I’ve been able to say, “I couldn’t think of a better time to have this opportunity,” because after three years CABBI had really started to gain momentum and had a fantastic, well-established support team. Program Manager Elizabeth Murphy and the three theme coordinators are vital to CABBI’s success. I’m incredibly grateful to Evan for all of that, and excited that he’s going to continue on as a member of the research team.

What was your own path to CABBI? What drew you to this project?

My research career has been grounded in questions that relate to climate change. Obviously bioenergy is one means by which we can try to slow climate change by reducing the release of greenhouse gases into the atmosphere. That’s a societal goal that I’m very naturally drawn to.

The research that my group does within CABBI falls in two categories. One is trying to understand and improve the water-use efficiency of crops, particularly C4 grasses. That’s relevant because CABBI focuses on C4 grasses as feedstocks, and the availability of water is probably the single most important limitation to crop productivity worldwide. If you think of plants as factories for bioenergy and bioproducts, many members of the team are working on developing factories that produce new and valuable products. Others are trying to make the factories larger, more efficient, and more ecologically sustainable. My role is trying to make them more sustainable and more resilient to climate stresses.

The second part of my CABBI research is high-throughput phenotyping. I’m a plant physiologist by training, and one of the big bottlenecks in the study of plants and the improvement of crops in the post-genomic era is our ability to measure plant traits at large scales.

Those research activities were my entry point to CABBI, but the opportunity to learn more about what other members of the team do and help coordinate their activities was the appeal of becoming theme leader and now director.

How did you wind up in your field of research?

I grew up really enjoying science as a subject at school. Also, I come from a scientific family. My mother was a science teacher, my father was a research scientist, my brother does science policy for the Scottish government. I have grandparents and great-grandparents who were also scientists. So I guess it’s a somewhat natural progression.

I always liked all of the different disciplines in science, so I think that’s what drew me to biology. If you study biology and, in particular, if you study photosynthesis, you get to combine a lot of the aspects of physics and chemistry into your work. That’s only become more the case as we’ve started working on remote sensing and high-throughput phenotyping and machine learning tools. I was drawn to the integrative nature of the challenge and a fascination with photosynthesis as the process that underpins energy production and food supply and so many other things.

The Center is more than halfway through its initial funding period and is seeing progress in terms of publications and research. In your view, what have been CABBI’s biggest successes to date?

One of CABBI’s major achievements, outside of any scientific discoveries, is just standing up a large, complex, multidisciplinary team in the way that we have and seeing people start to collaborate in a meaningful way. That takes time, but I think there’s clear evidence the Center has done that in its first three years. And each of the individual themes has made exciting scientific discoveries in their own right, and in very different ways.

Conversion has been an extremely productive research team, and the iBioFab facility that they’ve established is just an extraordinary demonstration of how you can use modern technology and pair it with sophisticated data analysis techniques to do very, very fast-paced science. It embodies all of the fantasies that people had about what systems biology could be 10 or 15 years ago.

And to some extent I think that’s true across all three themes. It’s a really exciting time to be in plant science. Some of the things that people are doing as a matter of routine now are things which, if you’d told me about them as a Ph.D. student, I would have said, “That sounds like science fiction.” To see that done within the Conversion theme on microbial organisms, within the Feedstocks theme on plants where the whole plant scale is the focus, and in the Sustainability theme where plant-microbe interactions and ecosystem scales are the focus, is just very exciting.

In the Feedstocks theme they’ve just published the miscanthus genome, which is very complex. Miscanthus has real potential as a biofuel feedstock but is a much more awkward creature to work with if you want to study genomics. They’re learning fascinating lessons in terms of evolution and genetics, and opening the way to better understand the biology of that organism at a range of scales.

In the Sustainability theme, they are integrating a range of tools to understand the value of biofuel crops to ecosystem services and fuel supply. They’ve got some one-of-a-kind data sets, like from the eddy covariance towers that monitor greenhouse gas balance at ecosystem scale over long time scales from different crop types. Those field observations are fed into ecosystem models to identify where on the landscape we should be deploying these crops. And they’re integrating those modeling results with new techno-economic analysis tools to guide us on where we’ll get maximum economic and ecological value out of bioenergy and bioproducts.

CABBI teams from across the country worked together this fall to harvest and process biomass from the oilcane demonstration project. Was that difficult to coordinate?

Representatives from all three themes were engaged as well as many of our external partners. We had people from Illinois, Brookhaven National Lab, Nebraska, Mississippi State, and Florida all involved in that process, which had many steps.

People had to make the original transgenic plants and then propagate them. It’s one thing to do an experiment on a handful of plants in a greenhouse; it’s entirely another to make the thousands of plants to grow at three field sites scattered across the country. Then you have to establish them, transplant them to the field, measure their performance in the field, ship samples around the country in order to check how much oil they’re actually making, cut them down, weigh them, and then take hundreds of kilos of biomass to IBRL in order to squeeze barrels of juice out of them. Aside from the research challenges, it’s a logistical undertaking just to get the permission to move the transgenic plants to those three places around the country and then to ship hundreds of kilos of frozen material up to Illinois from Florida. It was a real team effort.

At the same time, members of the Conversion team dove into growing their microbes on the juice that was coming out of these plants. And the Sustainability team is excited about getting involved to look at how plants have different microbial partners in the soil.

Seeing the Center come together on a task like that is exciting, and the program managers at DOE were clearly enthusiastic about this project.

What’s next for CABBI? What are your goals as Director?

Looking forward I think we’re just starting to hit our stride in terms of publications and patents. The idea is we’re a scientific incubator and engine for the basic discoveries needed to establish the bioenergy economy. I think accelerating along that path will be key. We also hope to collaborate with the excellent research teams at our sister BRCs in the future, to maximize our impact.