Zia Fatma: From Genes to Cuisines, CABBI Researcher is Driven by Discovery 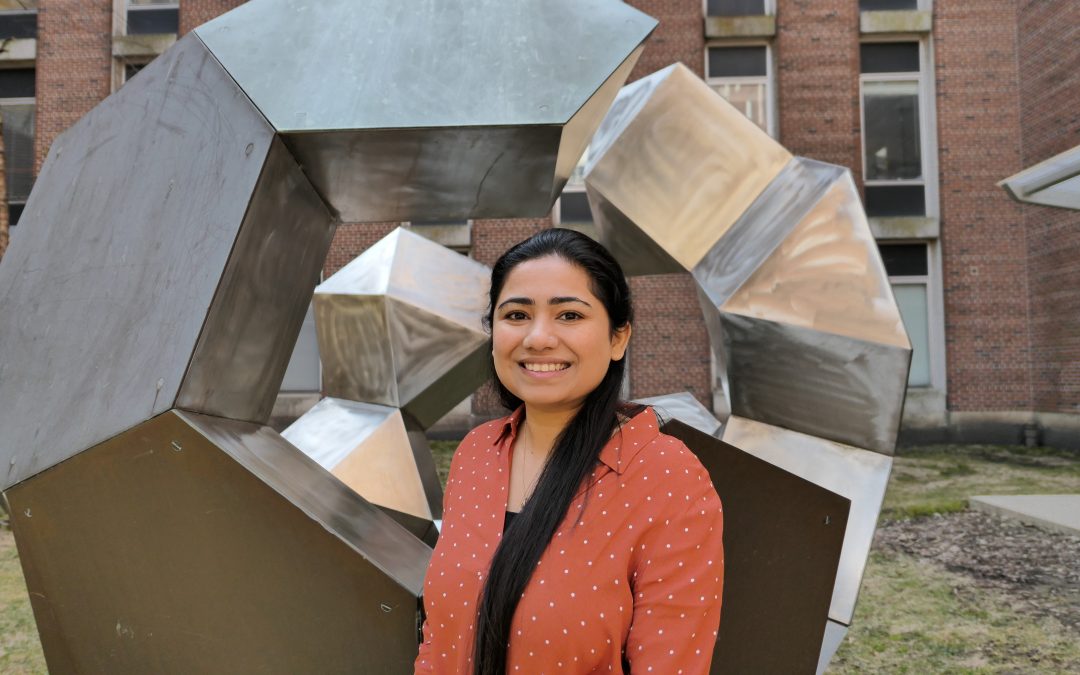 “Every day is exciting. Every day you perform different experiments and have a different hypothesis.”

Zia Fatma, a Postdoctoral Researcher on the CABBI Conversion Team at the University of Illinois at Urbana-Champaign, never sees two days that look quite the same.

“Sometimes you’re not getting the results you were expecting, but that’s also a way of planning for what to start next!” she said.

Fatma is constantly thinking of the future when it comes to her research field: biofuel engineering.

“If we think about 2050, things will be increasing,” she said. “The population is increasing; the number of cars is increasing. If we’re thinking about the future, we must achieve these goals. Right now, we’re thinking to substitute a certain amount of the biofuel with this new fuel solution.”

The “new fuel solution” is to use Escherichia coli hydrocarbon production and convert it into a biofuel, a field of biological research that Fatma has been interested in throughout her undergrad and graduate years.

After completing her Ph.D. in India in 2016, Fatma came to Illinois to continue her work with biofuel production.

“I was doing that, and then I came here to explore more,” she said.

Fatma’s work consisted of bioengineering on a variety of organisms, which helped her earn a fuel fellowship for her postdoctoral work in India.

Eventually, she began to focus more on the production of hydrocarbons, specifically through E. coli conversion.

Within the realm of bioengineering, these bacteria can be modified into biofuel molecules such as Acalanes and hydrocarbons, both of which are the basic building blocks of all varieties of gasoline. Fuel derived from this process can be powerful enough to power a jet engine.

Learning how to use this conversion process could potentially change how commercial fuels look in the U.S., Fatma said.

“Right now, in the U.S., we are blending our biogas, or fuels, with ethanol,” she said. “Essentially, we can reduce the burden on petroleum by adding this substitute to the market.” 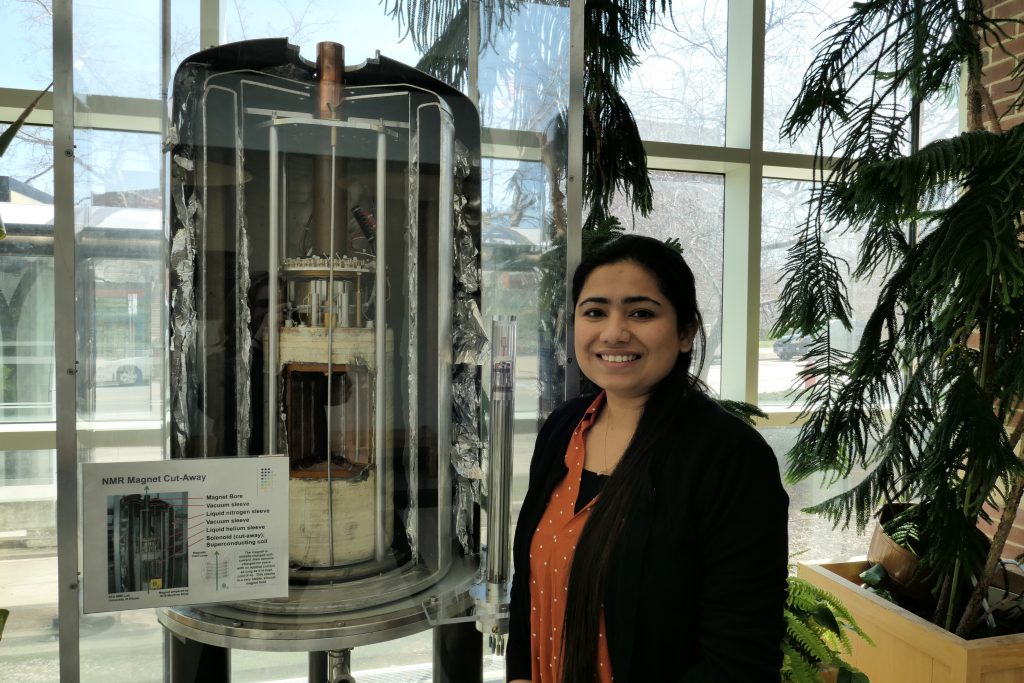 Postdoctoral Researcher Zia Fatma in the Chemical and Life Sciences Laboratory A on the University of Illinois campus.

By manipulating the genes in the bacteria, the CABBI team can increase the amount of biofuel molecules drastically. This could greatly increase, or decrease, the amount of usable fuel, giving us more control than what we have over petroleum.

Fatma went on to explain the increased focus on this type of fuel.

“There’s a growing interest in engineering microbial cell factories for the production of chemicals and fuels from renewable feedstock (such as corn),” she said. “However, a lack of effective genome editing tools, as well as other non-available materials, has hindered the widespread application of it (microbial cells) in biomanufacturing.”

Despite these challenges, the CABBI Conversion team has made advances to combat these obstacles.

Currently, Fatma is working on developing a genetic toolbox of Issatchenkia orientalis (for organic acid production). Despite working independently, collaboration remains a huge part of her daily processes — and one that she enjoys immensely.

“I’m always happy to work as a team. It’s always quite helpful and you feel that you are a part of a group. As a team you’re achieving something together,” she said.

This community of researchers is helping to generate Fatma’s ever-evolving research.

“I love to work as a team, because you get to know another perspective,” she said. “Suppose you’re planning and thinking about an experiment, maybe you’ll get another person performing a similar experiment and this will help you move your own work along.”

Within the CABBI Conversion team, great advancements have been made; all the while, Fatma is looking to future written publications as a goal.

“For a scientist, the achievement is the publications,” she said.

Beyond publications, another huge aspect of her motivation is ensuring that there is a secure future for younger generations.

“You’re always thinking about the future and health of people.”

Caring about others is a core pillar of Fatma’s personality. The interest in others is why she enjoys working in a team and exploring new cities.

“I’m a very outgoing person. I love to talk to people and learn their views,” she said.

Fatma also loves to try new foods: “I’m a big foodie. I’m always into trying new cuisine. I’m from India, and India has a lot of food. We have a huge deal of diversity all over. We have almost 29 states, and each has a different flavor.”

Whether discovering new characteristics of a gene, or trying the cuisine of a new city, Fatma has a taste for exploration that will inspire all aspects of her life.