Tom Elmo Clemente: Sparking an Interest in the Plant Sciences 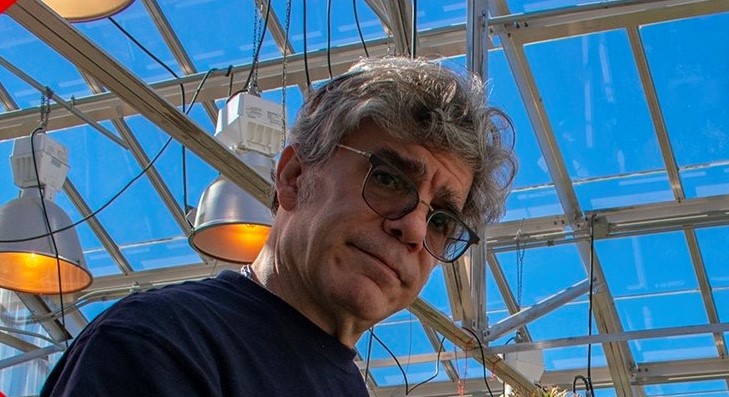 CABBI’s Tom Clemente has upheld this philosophy since his childhood in Kingston, Pa. Forty-eight states, 26 research years and 100 Bob Dylan concerts later, it still rings true. Now, as a Principal Investigator (PI) at the University of Nebraska, Lincoln, Clemente is able to pass on his tried-and-true motto to students of his own.

The first step in the Clemente self-motivation model is identifying your “spark” — a topic with enough passion behind it to sustain hours, days, and even years of interest and dedication. For Clemente, this realization occurred in a cellular biology course during his second semester at the Indiana University of Pennsylvania.

“I didn’t mind going to the library, sitting and studying and reading about (cellular biology),” he said. “It sparked me. I tell my students: If you come into the lab and you don’t have that desire, you’re in the wrong business. There’s only so much science you can teach — the rest of it has to come from within, you need to have that self-drive.”

Initially a computer science major, Clemente’s spontaneous switch to biology was far from expected — but in hindsight, the Eugene W. Price Distinguished Professor of Biotechnology deems his decision well worth the risk. It all circles back to the spark:

“(Cell biology) was an area where I saw that self-drive, and I was eager to learn as much as I (could). You don’t go into this game to get rich, that’s for sure.”

Clemente initially assumed that his passion for biology would lead to a pharmacology career. But another undergraduate course, this time in plant physiology, helped him realize that plants, not people, were his area of interest.

“That class switched my whole mindset,” Clemente explains, “and I started on this journey into plant biology.”

From Pennsylvania, Clemente headed west to pursue his Master’s at Oklahoma State University, followed by a return to the East Coast for his Ph.D. at North Carolina State. There, Clemente first experienced the tools of biotechnology as a means of augmenting plants with novel bits of genetic variation to achieve targeted output and input traits. Despite taking place hundreds of miles apart, Clemente’s advanced degrees had two commonalities: plant pathology and peanuts (which he studied in both places).

After completing his Ph.D., Clemente spent three years as a Postdoctoral Researcher in Monsanto Co.’s molecular biology and soybean transformation teams. This unique opportunity proved instrumental in shaping Clemente’s scientific identity and offered meaningful exposure to the non-laboratory-related impacts of his research.

“That experience in the private sector was really positive for me,” he said. “(Learning) the true impact of agriculture, the business side of things and the legal side, was an important extension of my lab skills.” 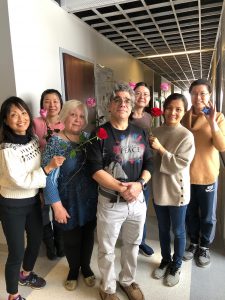 Clemente made the switch back to academia in 1996 via the University of Nebraska, Lincoln, where he established the Center for Biotechnology’s Plant Transformation Core Research Facility and embarked on a 23-year partnership with the institution. Clemente’s work in both the Facility and his own lab is focused on enhancing the genetics of Nebraskan crops to target traits like nutritional value, water use efficiency, and disease resistance.

As the climate poses increased challenges to high-quality crop production, biotechnology’s ability to complement plant breeding will prove invaluable for agricultural sustainability and global food production. Equally important are the financial benefits for farmers made possible by genetic improvement. This trifecta of environment, economy, and society form the three “prongs” of agricultural sustainability that Clemente not only targets through his research program, but strives to communicate to the public.

Many people don’t realize that each prong of sustainability is deeply interconnected to the others. For example: improving crop genetics reduces demand for resources like water and fertilizer, which in turn helps farmers generate greater profits, produce healthier harvests, and mitigate crop production’s environmental footprint.

“All of that feeds into creating this plentiful, safe food supply in a sustainable fashion — that’s why I like what I do.”

Clemente’s CABBI-specific research is focused on making biomass production economically feasible by bolstering crops with valuable co-products. To do this, the team builds genetic designs for the synthesis of lipids in vegetative portions of sorghum. Specifically, the stalks. When accumulated in large quantities (greater than 5 percent), these high-value oils can be implemented industrially to increase farmers’ profits. This strategy not only incentivizes biomass cultivation, but also has the potential to offset fossil fuel-based oils by about 10 percent.

“The oil itself, the co-product, can recoup the cost it takes to produce this ton of biomass, and what’s left behind is the profit,” he said. “That’s going to be the economic sustainability that gets someone’s attention.”

The more successful the project, the more attention it receives, and the greater the opportunity for venture capital to target the “steel-in-the-ground” infrastructure that’s required to translate research to the marketplace. Though the genome manipulation process is a challenging cycle of “building, testing, learning, and rebuilding,” Clemente is confident that the CABBI team’s creative problem-solving skills are up to the task.

A necessity of creative problem-solving is leaving your comfort zone behind, and while Clemente is a proponent of finding your wheelhouse and sticking to it, he also emphasizes the importance of remaining open to growth opportunities in other fields. Luckily, this is something that CABBI teams offer in spades.

“That’s what’s really exciting about the things I do,” Clemente said. “A lot of scientists are stuck in their disciplines, and if they get outside their comfort zone, they get spooked. Working in (CABBI) … whether you’re talking to somebody who knows soils, or who knows physiology, it’s very interesting.”

The most rewarding aspect of his work isn’t what happens in the lab, but what occurs much further down the road. For example, seeing a product that his research helped create finally hit the shelves — a process that can take decades to come to fruition.

Even more than seeing products hit the market, Clemente enjoys receiving emails from former students who have found their respective “sparks” and spread out cross-country to pursue them. Looking ahead, he wants to devote more time to mentoring students and junior faculty, and helping them to “rise up” in any way he can.

Up to and including his current role, each phase of Clemente’s career has been marked by his philosophies of self-motivation, continuous betterment, and the desire to make each day better than the one before. Whether that means mastering new skills, catching that 101st Dylan concert, or visiting state No. 49 (Alaska or Mississippi), there’s no doubt that Clemente will find a way to make it happen.

At the 2018 CABBI retreat, Tom Clemente sat down with communications staff to share what he might have been doing if he had not become a scientist. Watch the video –>