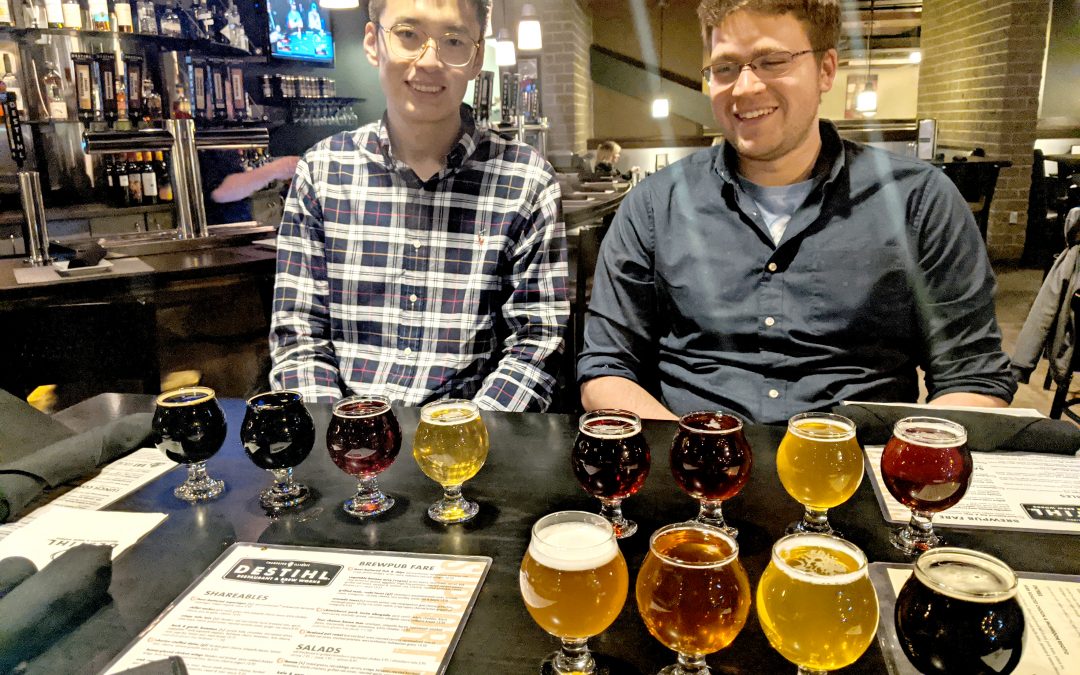 You might say beer, bacteria, and shellfish led Qiang Yan into the precision world of metabolic engineering.

Now a CABBI Conversion researcher, Yan spent his undergraduate days at Dalian Polytechnic University in China, which had close ties to several local breweries. Students there had ample opportunity to visit the breweries, but Yan was less interested in beer’s drinking properties than the way it was made.

He was fascinated by the careful process used to control yeast fermentation, where even a small change in temperature, pH, or treatment of the barley would affect yeast metabolism and beer qualities.

“Those experiences motivated me to learn more about fermentation engineering,” he said.

Yan decided to pursue a master’s degree in that field at Jiangnan University in China, using bacteria to sustainably produce succinic acid, a building-block chemical used for plastic polymers. He went on to earn a Ph.D. in Chemical Engineering at Virginia Commonwealth University, researching sustainable chemical synthesis in bacteria with Professor Stephen Fong. 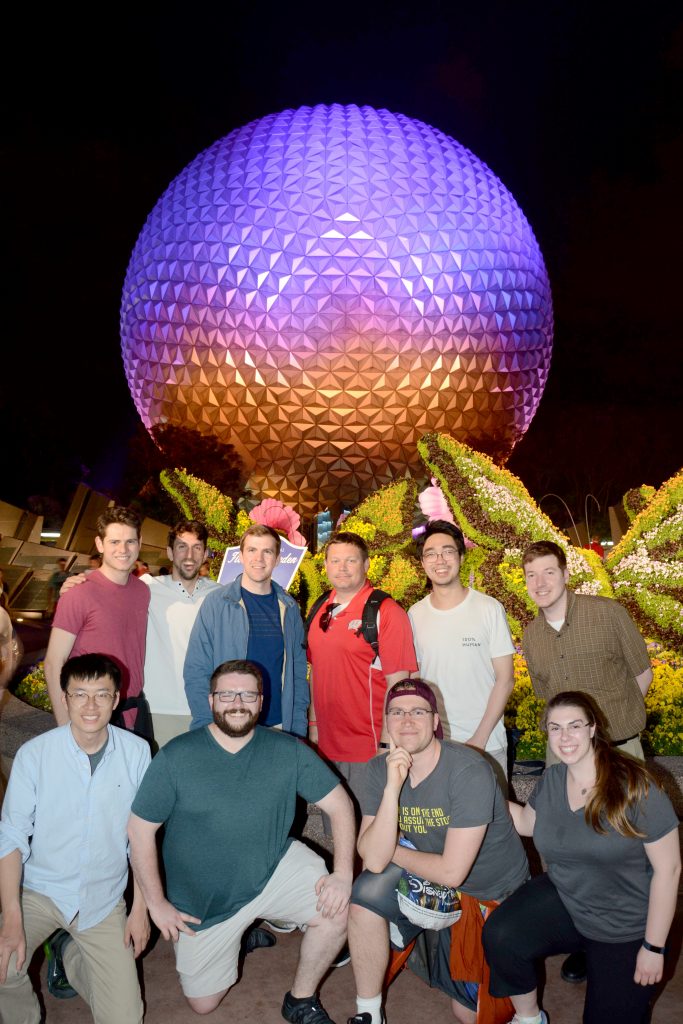 Since August 2018, Yan has been a Postdoctoral Researcher at the University of Wisconsin at Madison, working on oleochemical production in yeast with CABBI Conversion researcher Brian Pfleger, Professor of Chemical and Biological Engineering (ChBE). Oleochemicals are hydrocarbon molecules derived from fatty acids produced by yeast, with applications such as lubricants and liquid fuels. Pfleger’s lab applies synthetic biology approaches to make those compounds from renewable resources like biomass or harness sunlight to power the conversion of carbon dioxide into chemicals.

Their team — Pfleger, Yan, and graduate student Will Cordell (pictured above with Yan at Destihl Brewery in downtown Champaign after Yan’s CABBI Colloquium talk in January 2020) — recently developed a new enzymatic pathway to produce medium-chain methyl ketones, desirable diesel fuels because they have high cetane values and low freezing points. The researchers discovered novel biochemistries and enzymes with the potential to produce large quantities of the oleochemicals in sugars, rather than petroleum. A paper on their study was published in May 2020 by Metabolic Engineering.

Yan joined Pfleger’s lab after a chance meeting at an engineering conference in Munich, Germany. Following the last session, they both decided to relax by the hotel pool.

“When I met him he was lying on a beach chair. I introduced myself and told him I was a graduating Ph.D. looking for a postdoc in metabolic engineering,” Yan said. “He had some opportunities in CABBI and he invited me to visit his lab in Madison. That’s how I wound up here.”

Wisconsin’s summers remind Yan of the temperate climate of his hometown of Dalian, a cosmopolitan but picturesque coastal city in northeastern China with sandy beaches, tree-lined streets, and European architectural influences. Growing up, Yan spent most of his time outdoors, playing soccer or running.

His love for science blossomed in college, and his interest in bioengineering took root during his master’s work in China. He learned that the conventional way to produce succinic acid relied on petroleum as a substrate, and “we all know that fossil fuels are not sustainable.” His research focused on producing succinic acid from Actinobacillus succinogenes, a microorganism that can capture carbon dioxide, a plus in the fight against global warming.

Building on his fascination with beer production, Yan found himself intrigued by the cell’s internal regulation and metabolism. He learned to control different parameters in the bioreactor — the vessel for the chemical process used to derive succinic acid from the bacteria — to encourage the healthy cell activity required for the conversion process.

For his Ph.D. research, Yan studied an unconventional bacteria, Serratia marcescens, that can eat a polymer called chitin to naturally produce valuable chemicals. Chitin is the world’s second most abundant natural polymer after cellulose, found in the shells of sea organisms such as crabs, shrimp or lobsters. There is growing research interest in converting chitin from seafood waste into biochemicals — similar to CABBI’s work to convert cellulose from plant biomass into fuels, he said.

CABBI researchers in the Pfleger lab are particularly interested in producing medium-chain oleochemicals, with fewer than 12 carbon chains, which are desirable but less abundant naturally.

Yan enjoys the work because of the challenge involved. It’s not easy to engineer yeasts to produce medium-chain fatty acids; the microorganisms naturally accumulate long fatty acids for biomass or membranes. Because the process is regulated by a multifunctional enzyme, breaking down that regulation while maintaining high activity is difficult.

“Fighting against yeast’s native metabolism and regulation is very challenging. But if my engineering strategy works, this work can be very impactful,” he said.

Yan spends most of his days at the lab bench, designing and building genetic constructs, then testing their production in yeasts to learn which will work best.

“One lesson that I learned for my day-to-day work is to keep the cells happy and healthy,” he said. “Feed the cell at the right time, and the cell can uptake most of the sugar and convert it to the most product.”

Yan loves testing different theories, and his lab colleagues are “very open to sharing and discussing ideas about how we can do this quickly.” He’s also grateful for the tools and strains developed by former lab members that have accelerated his own research. 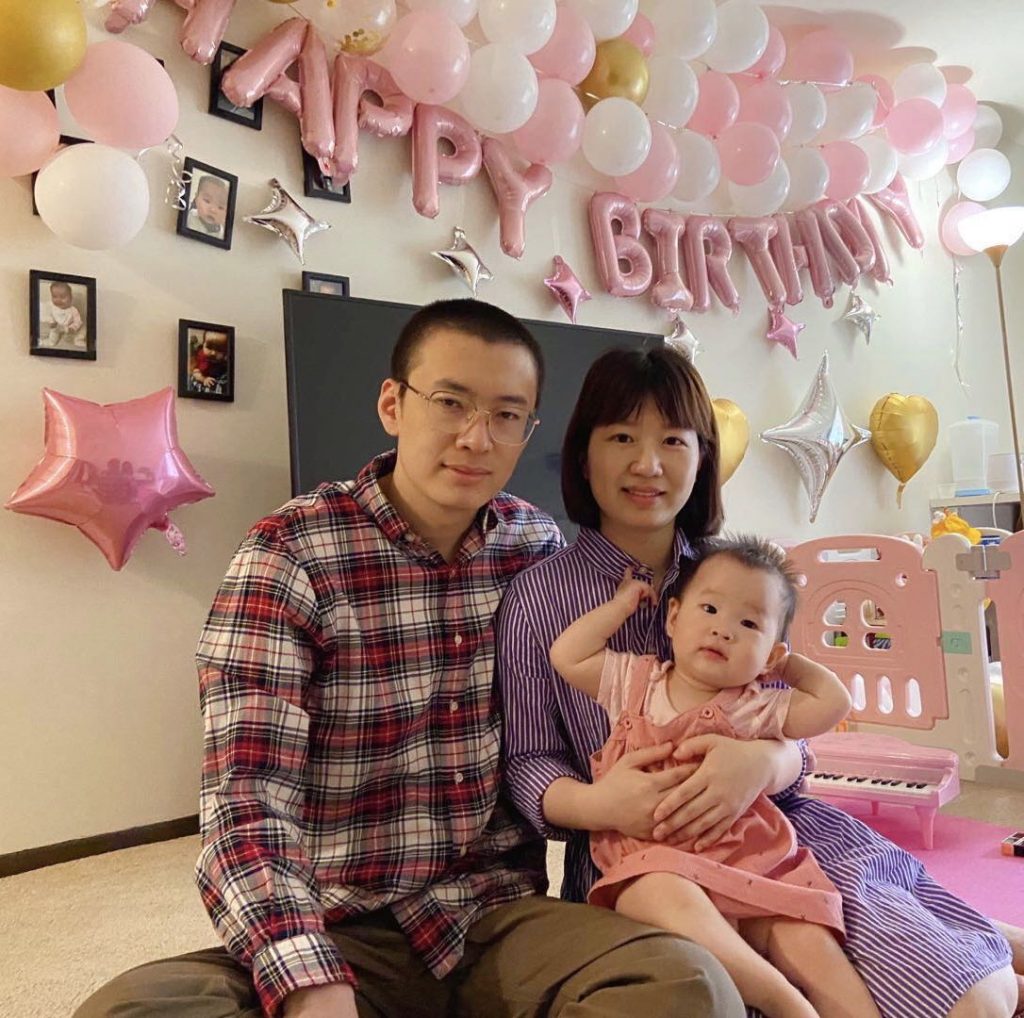 Research is a family affair for Yan, 31: His wife, Zhou, is also a chemical engineer and works in a lab one floor above his, building nanoparticles that facilitate drug-delivery in cells. They met in China when they were studying fermentation engineering and married in 2018 after completing their Ph.D.s — his in Virginia, hers in Germany.

“We go to work and we go back home together, and we have lunch together,” Yan said.

After long days in the lab, they enjoy spending time with their o1-year-old daughter, Grace, who was born in Wisconsin.

“We are lucky: My parents are here. They are really helpful,” he said.

Yan hopes to remain in academia and build his own lab someday, leading a team of scientists in cutting-edge research.

“I enjoy testing new enzymes and pathways that can lead to breakthroughs in the field,” he said.