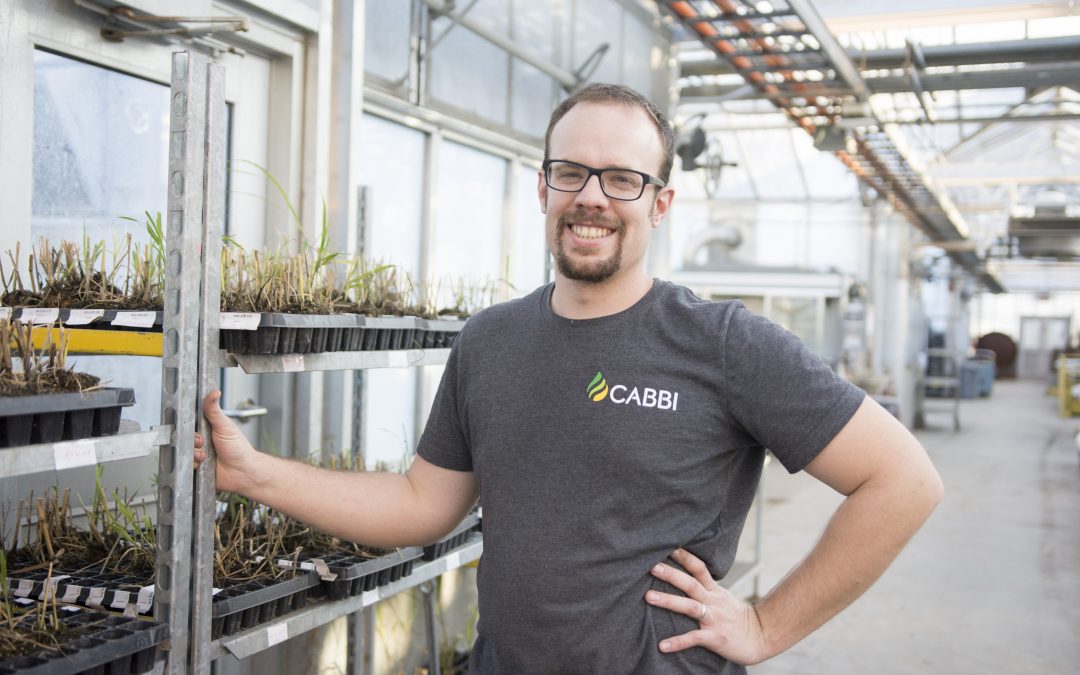 “When you grow up with people who are really interested in nature, it’s just something you catch on to.”

For Nick LaBonte, caring for and cultivating plants is more than a hobby, degree, or career — it’s a way of life. LaBonte credits his affinity for the natural world to his upbringing in Wisconsin.

“There are a lot of people in my family who really like nature,” he said. “Even though they’re not professional plant scientists … they have this really innate interest in nature. I think that comes from my grandma on that side of the family.”

As a plant scientist himself, LaBonte’s “innate interest” doubles as a keen eye for botanical research, and he’s conducted cutting-edge experiments everywhere from forests to potato patches to Midwestern croplands.

“I think everybody really likes trees,” he said of his decision to study forestry at the University of Wisconsin at Madison. “They’re very charismatic plants, so that was what my main interest was when I was an undergrad.”

There, LaBonte acquired his first experience with plant breeding, through potato improvement, which he loved because “people have such a cultural connection to potatoes.”

LaBonte maintained those interests at Purdue, where he obtained his Master’s and Ph.D. in Tree Genetics. His first venture into genomics took place in Indiana’s chestnut groves. 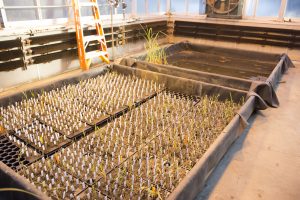 Miscanthus planted in an Illinois greenhouse for flood-resistance testing.

In February 2018, LaBonte changed gears to begin his postdoctoral research in Crop Sciences at the University of Illinois with the Erik Sacks Lab under CABBI’s Feedstocks theme.

“I’ve always been a crazy plant person, so it was a pretty natural place for me,” LaBonte said. “It was a tough call whether I could go into horticulture or forestry, so now I’ve gravitated a bit more toward crop sciences.”

Though trees and perennial grasses have their differences, he describes the switch from forestry to biomass as a “natural transition” due to the similar focus on genetics and breeding. Currently, LaBonte’s focus is optimizing Miscanthus to grow bigger and thrive under environmental stressors like flooding. This not only generates larger quantities of biomass and biofuels, but increases marginal croplands’ viability as climate change begins to affect the Midwest.

He said he is excited for the ways this project will impact public perception of Miscanthus, a grass that frequently crops up in Illinois backyards and neighborhoods but maintains a relatively low profile.

“Miscanthus is interesting because it’s kind of analogous to chestnut,” LaBonte said. “Miscanthus isn’t widely grown commercially in the U.S., so it’s a crop that we’re working on optimizing for a big debut.”

The Sacks Lab is also leveraging Miscanthus as a genetic donor for its close relative, sugarcane. Like the Chinese chestnut’s role in LaBonte’s past projects, Miscanthus — a hardy species in its own right — might be able to pass along its good genes for cold tolerance and disease-resistance to “the Saccharum species: the biggest bioenergy crops in the world,” he said.

Though CABBI’s experimental cane is cultivated in part by a Floridian partner facility, all of the Miscanthus used by the Sacks Lab is grown locally at the 320-acre Illinois Energy Farm. LaBonte appreciates the opportunity for hands-on experience with the plants he’s testing: 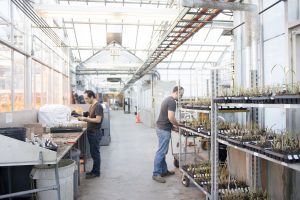 LaBonte and a lab colleague planting Miscanthus for trials.

“I’m a gardener. I love plants, and I love working with plants, so managing these populations of plants and making sure they get planted and grow right for use for experiments comes naturally to me, as does taking care of the plants and making sure everything’s good with them. And making crosses kind of similarly is interesting to me.”

To LaBonte’s surprise, he enjoys the data-driven side of his research just as much as the gardening side.

“The one thing I didn’t expect when I was doing my Ph.D. is that I would like computer programming and writing code, but you have to do a lot of that to analyze genomic data,” he said. æI enjoy the challenge of solving the problem and analyzing a big data set with computer code. I think that’s sort of a natural skill.”

Whether he’s cultivating or coding, LaBonte’s research has always revolved around what he considers to be a “common thread of sustainability.”

“I’ve always had an interest in sustainability. A part of the reason I was interested in studying tree genetics was conserving native ecosystems.”

Commitment to conservation has been an integral part of his life as far back as he can remember. Growing up, he recalls being interested in native prairie plant restoration, and was a member of his high school’s Caretakers of the Environment Club.

LaBonte’s involvement with large-scale research hasn’t relegated local land stewardship to the back burner by any means. On the contrary, he continues to honor his family’s tradition through the plants he tends in his home garden. When not in the lab or the garden, you’ll find LaBonte fishing, hiking, or doing any activity that gets him outdoors and in tune with the natural world.

Personally or professionally, with chestnuts or Miscanthus, he constantly strives to uncover the point of connection between plants and people. He and his work are living proof that the two can coexist in forests, fields, and even the family garden.