Nancy Reichert: The Science of Serendipity 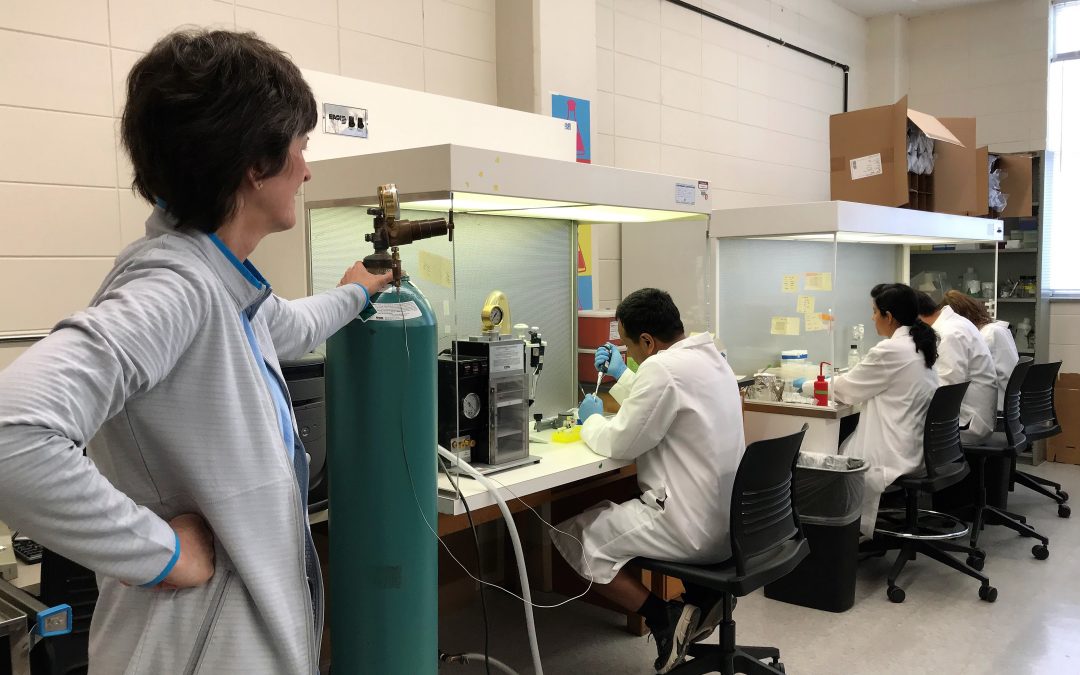 “People who don’t believe in serendipity probably don’t realize that they’ve been recipients of it. You look at how things have developed, and how I’ve gone through my life, and a lot of it is serendipity.”

Serendipity, passion, and a posterboard bearing the message, “NR needs a job.” All of these ingredients (plus a few potatoes) are integral to Nancy Reichert’s journey from aspiring nurse to acclaimed CABBI Feedstock Production Co-Principal Investigator at Mississippi State University.

“How did I get here?” Reichert reflects. “It all started with my parents and my grandparents.”

Reichert’s family tree has roots in Wisconsin farmland — on both sides, her ancestry is steeped in agricultural and environmental stewardship.

Reichert began her undergraduate studies at the University of Wisconsin at Madison in nursing, a family profession. However, her strong interest in the sciences — and arguably stronger aversion to needles — steered her out of the hospital and into the lab.

“I took an elementary bacteriology course shortly after I decided I couldn’t be a nurse, and everything just clicked,” she said. “Bacteriology was so fascinating to me, so I changed my major.”

Bacteriology bachelor’s in hand, Reichert pursued her postgraduate goal: to work in quality control at a food processing facility. However, the less-than-welcoming job market had other plans, and Reichert’s decision to accept a research technician role at her alma mater became her first run-in with serendipity. 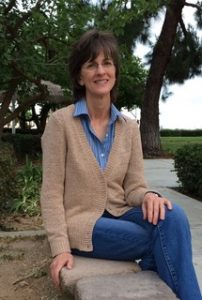 As a Wisconsin faculty member, Reichert worked with a team investigating potato tissue culture manipulation. This position ended up sending Reichert down the plant-focused research path she’s still on today.

“The tissue culture part, the hands-on work, working with plants — I was totally sold, and I never looked back from plants ever again,” she said. “It’s like you’re going down one path, and you hit a road block, and you try another. It’s all serendipity, and people taking chances on you.”

To illustrate the allure of plant tissue, Reichert reflects on her grandfather, who sailed the Great Lakes as a steamship chef long before she ever picked up a microscope. More than a century later, his culinary legacy is repeating itself — albeit unexpectedly — in Reichert’s own life.

“I love to bake, and my grandfather was a great cook, and (I think) that plant tissue culture is actually a lot like being a chef,” she said. “You work on recipes, on how you want these tissues to do what you want them to. You have to give them the right nutrients, the correct hormones, the appropriate cues. It’s science, but there’s art.”

Armed with ample experience and a chosen field, Reichert decided against pursuing an advanced degree and departed from Madison for a research role at Agrigenetics. There, she was part of a team that conducted groundbreaking research to prove correct expression of a gene transferred from one plant to another — a gene harvested from a bean plant and inserted into tobacco expressed itself exactly how it was supposed to. This never-before-seen discovery opened the door for the broader application of genetic engineering.

“Before this, people had only introduced genes from bacteria into plants. Our research showed that we could, potentially, take any gene from a plant or other organism and put it into another plant, and it could be expressed like in the original organism. It was very cool to be part of the first team that proved this potential.”

Reichert remained at Agrigenetics for three years, but there were still many unexpected changes in store. When John Kemp, Reichert’s mentor and supervisor at Agrigenetics, relocated to New Mexico State University (NMSU) to pilot the Plant Genetic Engineering Lab, he invited her to be his — and the program’s — first ever graduate student. During her time at NMSU, Reichert not only grew to love New Mexico’s desert ecosystem, but also met her now-husband, fellow CABBI scientist Brian Baldwin.

Reichert’s final cross-continental jump was her move from New Mexico to Mississippi State, where she currently resides in the Department of Biological Sciences. The seeds of this life change were sown at a poster-board presentation at the University of California-Davis’ Horticulture Biotechnology Symposium, where Reichert made no pretenses about her desire for post-Ph.D. employment. She definitively proved that “you just never know who you’re going to be talking to.

“It was that tacky little sign that I had on my poster, that said ‘NR needs a job’. The Department Head of Horticulture at Mississippi State saw that poster and saw that little sign and talked to me about a new position they were advertising.”

Although she relocated with a “why not?” mindset, Reichert soon realized that Mississippi was a great place to cultivate community, build programs, and continue researching gene transfer procedures for crops like soybeans, cotton, and kenaf: cotton’s close relative and Reichert’s “favorite crop on the planet.” Her research took an eight-year hiatus when a foray into administration led to a full-time role as head of MSU’s Department of Biological Sciences — a fulfilling position, but one that kept her “research love sitting in the corner. 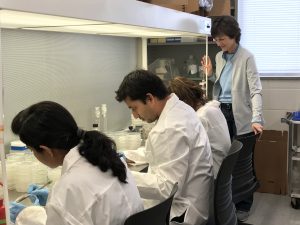 “One day, I decided that I needed to start my research program back up. There was this tiny little lab that nobody else wanted, and I was in there trying to decide how I could move things around, and I noticed that I had the biggest smile on my face. Every time I walked in that lab, it was perfect. I mean, it wasn’t perfect, but it was perfect.”

Four years after Reichert traded her administrative position for a lab coat, her enthusiasm remains as vibrant as it was when she first stepped into UW-Madison’s lab. This passion is amplified by Reichert’s involvement with CABBI, where she works to confirm the viability of introducing new genes into Miscanthus.

“To some, this sounds like sci-fi,” Reichert jokes, “but you have to think about something at night, right?”

As Reichert’s team is discovering, transgenic Miscanthus isn’t science fiction at all. If it can be made reliable, there is endless opportunity to add value, minimize negative qualities, and make the bioenergy grass a sustainable fossil fuel alternative.

“Sustainability to me is maintaining this Earth to the best of our ability, even after we are long gone,” she said. “It’s in scientists’ legacies to leave things better than how they started out.”

This philosophy isn’t limited to academia: When Reichert needs a break from the mental cartwheels of research, she takes her motivational momentum from the lab to the lawn.

“When I retire, I just want to mow people’s lawns,” she said. “It’s immediate gratification: You can see exactly what you’ve done. In science, we wait months! You mow the lawn, and you just look back and go, ‘I did that, and that looks good.’ ”

When Reichert first pursued nursing, she aimed to follow in her family’s footsteps. Today, while she isn’t working in a hospital, dairy farm, or steamship, she still embodies those qualities passed through generations: stewardship, environmentalism, and a passion for leaving everything — from research fields to freshly mown lawns — better than how it started.