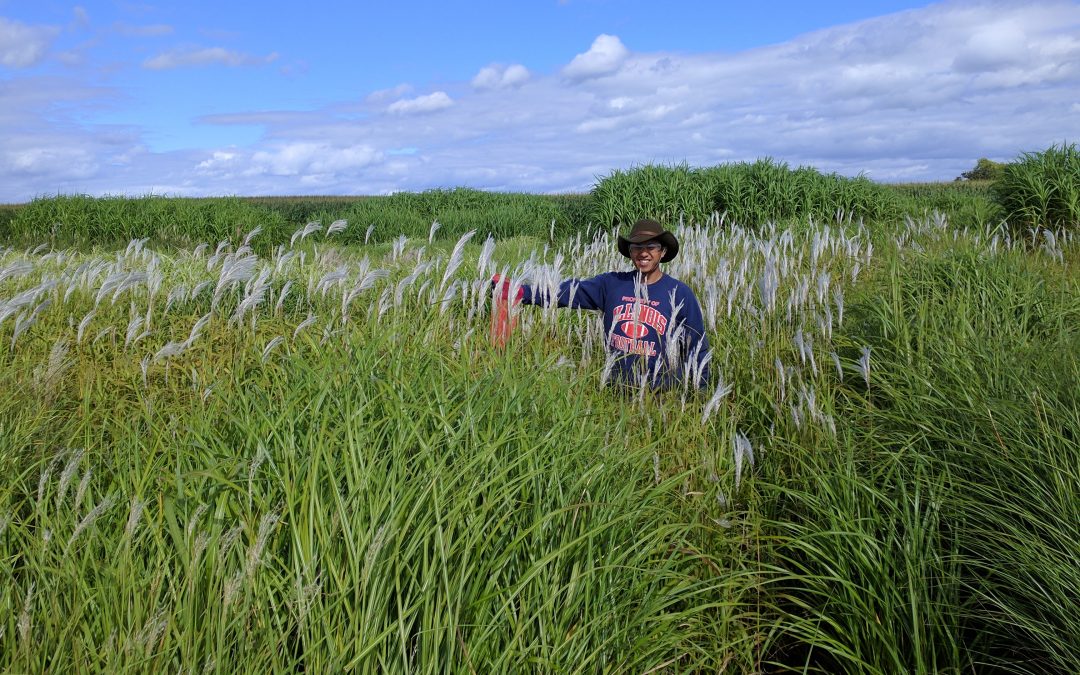 Mohammad Belaffif is a biologist at heart. As a CABBI Postdoc working out of the HudsonAlpha Institute for Biotechnology, he combines his love for biology with the power of computers to explore the realm of plant genomics.

Following his passion, Belaffif obtained his B.S. in Biology and M.S. in Biotechnology from IPB University and Bandung Institute of Technology in Indonesia. In 2010, he was offered a Fulbright scholarship to pursue a Ph.D. in Crop Sciences at the University of Illinois.

“If you pursue your passion, sometimes it leads to a really interesting life story,” Belaffif said. “I never imagined I would get to go to the U.S. to pursue my Ph.D., but I ended up here.”

Belaffif’s doctoral research centered on gene expression in wild soybeans, which he studied alongside CABBI PI Matthew Hudson. Prior to this, his biology experience involved handling chemicals in the hands-on environment of a wet lab; at Illinois, he took on the “big switch” to computational biology, shifting from chemicals to keyboards. This transition came with a learning curve — but ultimately led to Belaffif’s current role at HudsonAlpha. Now, he works in bioinformatics, analyzing biological data through computer programming.

“In all life stories, you make plans for your life, and then you end up on this road that you never actually thought about,” he said. “I never thought I was going to do biology because when I did my bachelor’s I never thought biology was going to be data-heavy like this.” 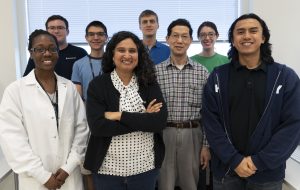 Belaffif started at HudsonAlpha in 2016, after being scouted by CABBI PI and Feedstock Deputy Theme Leader Kankshita Swaminathan. At the Institute, a nonprofit in Huntsville, Ala., that aims to improve the world through genomic research, Belaffif is drawing from biology’s data-heavy side to research the up-and-coming field of plant genetics.

“This whole time, research has been focused on the human genome,” he said. “But now, they’re starting to expand to plants.”

In the Swaminathan Lab, Belaffif is working with miscanthus, one of CABBI’s top bioenergy crops. The hardy grass is a perennial, an efficient nutrient recycler and photosynthesizer, and is capable of overwintering in harsh Midwestern conditions — all qualities that make it an excellent source of sustainable biofuel feedstock. Belaffif’s role is to not only gather information about its stellar genetic code, but to analyze that information and hopefully use it to bolster the performance of other plants. For example: sorghum.

There are three steps to Belaffif’s process. First, identify genes that play an important role in the lifecycle of miscanthus. Second, design a method of harvesting those genes from the miscanthus and implanting them in a sorghum plant. Third, determine whether or not those genes take to and benefit sorghum in the same way they benefit miscanthus. Whether it’s on the computer or in the lab, Belaffif can interact with the genome at all lifecycle stages.

Belaffif is also out in the field from time to time — in his lab, field work is an “all-hands” affair:

“I have a love-hate relationship with field work. I personally love working on the field, but it can be a logistical nightmare.”

Even with its inherent challenges, Belaffif appreciates all aspects of his work with CABBI, and sees his work as something bigger than himself.

“Being tied to CABBI, and the mission of CABBI — sustainability — inspires you to think about what you want to deliver. In medical genomics there’s a term for it: translational medicine. It’s a new field where you bridge the basic research with application. In a way, CABBI is the translational medicine of plant genomics, I guess! There’s a goal that we want to achieve, and that goal is applicable.”

As far as plant genetics go, there is still quite a bit left to be discovered. But Belaffif is excited to face each new challenge as it comes.

“It’s research — if you do it the first time and it seems like you get the correct result, you start doubting yourself, he said. “Sometimes it looks like the road is still dark, and you still have to bring more light to it to figure out if there’s actually a road, or if you have to go down different alleys.”

In addition to shedding light on his own research, he loves to help young scientists solve their own challenges through HudsonAlpha’s yearly summer intern program, BioTrain.

“I really like working with the interns,” he said. “Teaching is not only fun, but it also makes me rethink everything that I know, and find new ways to explain it.”

When not researching, Belaffif can be found reading The Lord of the Rings or walking along HudsonAlpha’s double helix-shaped outdoor track, both of which are ways to “escape and recharge.”

So far, his research has taken him from Indonesia to Alabama, from the lab to the field (and back again!), and from the role of student to the equally challenging role of instructor. Looking ahead, he’s excited to have a front-row seat as plant genetics continue to develop.