Meera Gupta: Solving the Protein Puzzle – and Testing the Limits 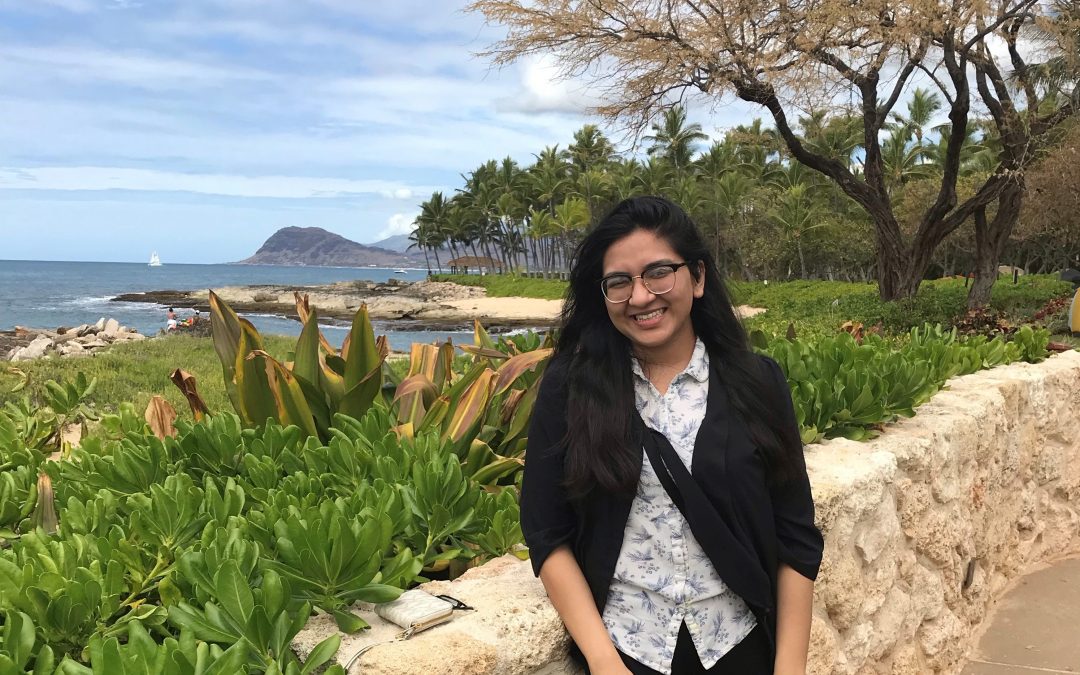 Growing up in Punjab, in northern India, Gupta heard too many times that science wasn’t for girls. Not from her parents, who always supported her ambitions. The message came from society — and Gupta chose a career in science partly to prove the naysayers wrong.

“In school you’d see everyone passing on comments: that girls have to be pursuing humanities and not science, that science is harder and only for guys,” said Gupta, who thought, “Why can’t I do science?” 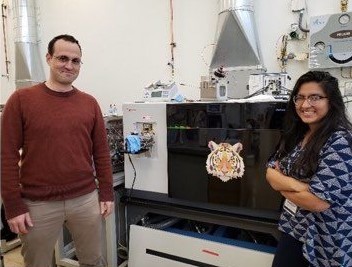 Before scientists can design synthetic yeasts and bacteria, they need to understand the natural principles at work in microbes. And that means understanding how proteins — the molecules that govern cell functions and carry out processes vital for life — are regulated. Gupta focuses on proteomics, the large-scale study of proteins, designing new ways to measure yeast proteins and what they do inside the cell.

As an undergraduate, Gupta studied chemical engineering at the Indian Institute of Technology in Delhi, where male students outnumber women 4-1. The entrance exam is notoriously difficult.

“I wanted to be able to clear that exam for the sake of it, just to prove that girls can do it,” said Gupta, whose older sister is an engineer. “I was always motivated by proving myself.”

After college, Gupta took an industry internship in fluid dynamics but felt the work was “too fast-paced and focused on getting results. It’s never about understanding what’s going on, a deeper understanding.”

She returned to graduate school and decided to study in the U.S., choosing Princeton because of its strong chemical engineering faculty. Graduate school offered Gupta the opportunity to delve into subjects in a way she never could in college, where she had often found herself asking questions in class that went beyond the scope of the textbook or syllabus. As a Ph.D. student, she said, “You can think about one problem for a long, long time, until you’re really satisfied.”

After just one course in biology, Gupta switched fields and joined Wühr’s lab, impressed by the mathematical potential of the field and how “smart” yeasts and bacteria are. The lab’s mission resonated with her.

“The idea just seemed so fascinating: that we can use these micro-organisms to make cleaner energy. I thought that I could contribute,” she said. “People with a mathematical background can bring a lot to biology, and put numbers to things that are just qualitative.”

Wühr’s lab designs proteomic technology to measure the abundance of each protein within a yeast cell. Proteins, the workhorses of the cell, perform many important functions, such as metabolizing nutrients or making copies of DNA during cell division.

While genomics technology allows researchers to accurately measure genetic material inside cells, measuring proteins is a challenge. For years scientists have studied proteins by measuring levels of messenger RNA molecules (mRNA). Genes encode proteins by transferring DNA information to mRNA — a process known as transcription — which is then translated into a protein molecule. These protein molecules can further degrade. That three-part process is known as the “central dogma” of biology.

The lab’s mission is twofold: building and improving proteomics technology and applying it to important biological questions. Within CABBI, the goal is to use those techniques with microbes that can help produce fuels or other bioproducts from crops, rather than petroleum.

That involves fine-tuning metabolic pathways to increase the yield of a desired product. But with so many variables involved scientists don’t always understand the most efficient way to do that, Gupta said. They need to know the efficiencies for various processes and where the bottlenecks are. 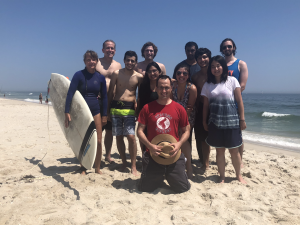 Members of Martin Wuhr’s lab at Princeton enjoy the beach in 2019. All credits: Meera Gupta

For her Ph.D. thesis, Gupta is addressing an important piece of that puzzle. She developed a mass spectrometry-based technique to accurately measure protein degradation rates. Once the researchers determine the degradation rates for every protein, she said, they will have everything they need to quantify each step in that “central dogma” — and know exactly how to engineer higher levels of targeted proteins to make more biofuels.

Gupta finds the work of building technology exciting because the techniques can be used for different organisms and applied to a multitude of problems. She also loves the diversity of Wühr’s lab — in ideas, nationalities and skill sets. The group includes students from around the globe, majoring in engineering, physics, chemistry, math, and biology, all bringing vastly different perspectives to their research.

“It’s amazing how much we can learn from each other,” she said.

In Wühr, Gupta has found a mentor who is “solid, rigorous, and very cool.” He doesn’t always trust initial results and encourages his students to approach problems and prove solutions in multiple ways.

“What I like most about him is that his approach to science is not just producing papers,” Gupta said. “He really cares about science.”

So does Gupta — years after proving the skeptics wrong.

“It’s really cool to be able to use yeast and bacteria to generate energy. That’s what everyone cares about these days: efficient fuels, cleaner fuels,” she said. “If I’m 1 percent part of the solution, that’s really great.”

After graduate school, Gupta hopes to land a postdoctoral research position in statistics and eventually return to India to start her own proteomics lab, where she’ll continue testing the limits and encouraging her students to do the same.