Madhu Khanna: Finding the Right Combination of Energy Crops for the Economy — and the Environment 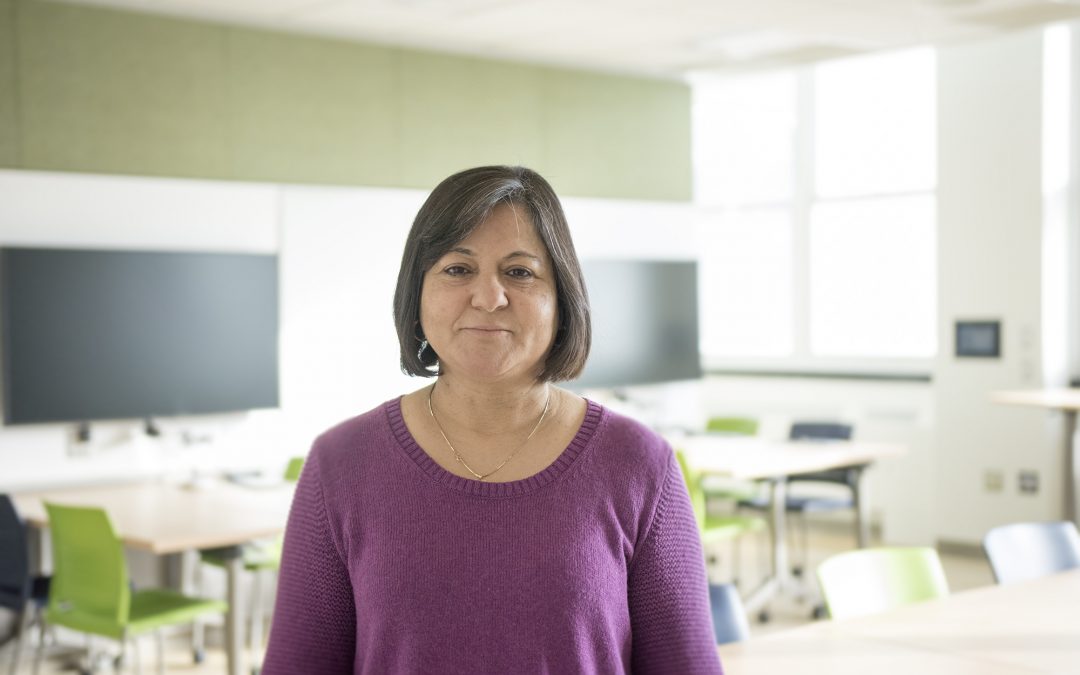 Madhu Khanna has years of experience as an environmental economist studying what it takes to get farmers to adopt clean technologies that can benefit them and the environment.

But she now faces a new type of challenge through the Center for Advanced Bioenergy and Bioproducts Innovation (CABBI), a collaboration between the Institute for Sustainability, Energy, and Environment (iSEE) and the Carl R. Woese Institute for Genomic Biology.

Khanna, the ACES Distinguished Professor of Environmental Economics at the University of Illinois and Associate Director for Research at iSEE, is the leader of CABBI’s Sustainability theme, which is providing the environmental and economic perspective for developing efficient bioenergy crops.

With CABBI, Khanna is confronting long-term questions in a short amount of time. Luckily, she’s been thinking about these questions for quite a while. 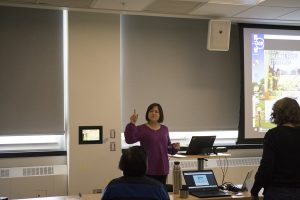 Her research has focused on changing economic incentives so that farmers are more likely to adopt clean technologies that can increase the efficiency of water and land.

“The goal is to be able to extract the maximum good value out of those inputs, and then at the same time, reduce input waste and pollution,” she said.

Though clean technologies are beneficial for both farmers and the environment, they’re not as widely used as they should be. This could be because economic incentives for adoption differ across farmers and locations. Farmers also may not see the environmental benefits. Existing policies, or the lack of policies, may not provide incentives that would encourage adoption.

“I’m interested in understanding the barriers to adoption and how we can design better policies so that we can actually motivate more people to adopt cleaner technologies,” Khanna said.

In the early 2000s, she became interested in the emerging area of bioenergy — energy that comes from natural sources like corn, prairie grasses, and soybeans. She met Stephen Long, professor of plant biology and crop sciences at Illinois, who was just beginning to work with Miscanthus, a grass that grows rapidly and has a high yield, making it an attractive candidate for bioenergy.

“It just seemed like a real wonder crop,” Khanna said. “I began to look into the economics of growing that crop in Illinois, and what incentives farmers would have for converting their land in Illinois, which is under corn and soybeans, to Miscanthus.”

While early interest in bioenergy focused on its use for electricity, the Renewable Fuel Standard in 2007 shifted the attention to biofuels. At the same time, Khanna became involved with the Energy Biosciences Institute (EBI), which funded interdisciplinary research to address critical questions about developing a viable bioeconomy.

“The EBI really led to multiple groups of people — agronomists, ecologists, agricultural engineers, soil scientists — working together to understand various aspects of growing these crops and converting them to fuel,” Khanna said.

This led her research team to create mathematical models with data generated in collaboration with multidisciplinary researchers. These models analyzed the economic implications of large-scale bioenergy crop production — including how it would affect food and fuel prices.

“Yet there were a lot of unanswered questions,” Khanna said. “We did not, at that time, look into other ecosystem benefits like the benefits to water quality, as well as other issues related to this crop that we are now able to explore more fully under the CABBI grant.”

Now, CABBI’s Sustainability theme is taking a closer look at bioenergy crops’ impacts on water quality and the potential to reduce hypoxia in the Gulf of Mexico, especially because many bioenergy crops can be grown on rain-fed land in the Mississippi River Basin and reduce nutrient run-off. 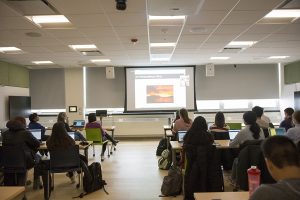 “But nobody’s really fully quantified the amount of marginal land that’s actually available. And where is it available and how productive is it?” Khanna said. “One of the projects we’re working on now with one of the teams at CABBI is to do exactly that, to use satellite data to understand which land can be considered marginal, and where it is located.”

The theme also wants to understand how farmers’ preferences can affect their decision to grow bioenergy crops. Farmers may be faced with the possibility of growing bioenergy crops on their land, and even though this can benefit them in the long run, they might not want to take the risk.

“We’re looking at how those kinds of preferences can affect farmer choices and what kinds of policies and programs can be developed to reduce the riskiness of growing these crops for farmers so they are more willing to convert their land to these crops,” Khanna said.

She enjoys being able to apply her expertise in agricultural and environmental economics to a real-world problem.

“I think climate change is one of the most challenging and pressing problems of our time,” she said. “It’s largely caused by overconsumption of fossil fuels. The work that I’m doing directly contributes to looking at how we can displace fossil fuels and replace them with renewable fuels.”

She believes CABBI has the potential to contribute greatly to this work.

“We are able to combine work that has been done on the field with economic and ecosystem models, and then project out to a large scale,” she said. “We’re really going from lab scale or field scale to regional scale and national scale.”