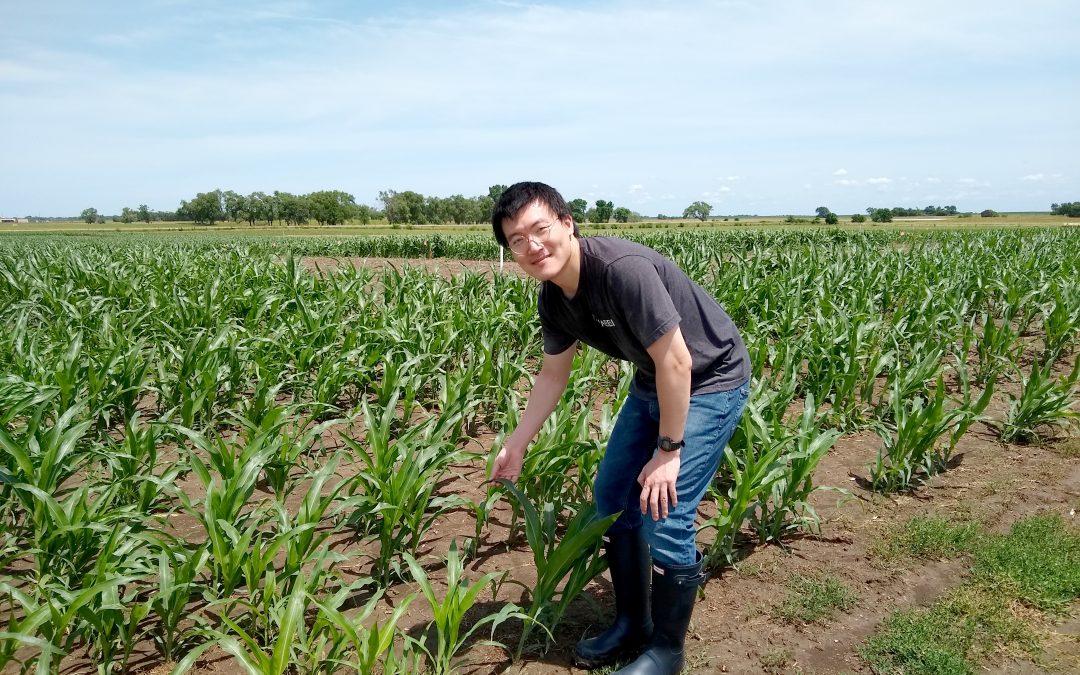 Whether he’s tending to his tomato garden, brewing coffee for a morning pick-me-up, or running experiments with bioenergy crops, CABBI scientist Kiyoul Park spends his days surrounded by what grows in the ground. However, his Feedstock Production research has sky-high applications.

Watching airplanes fly over Seoul, South Korea, in his childhood, Park never predicted that he would one day work on sustainably deriving products like jet fuel from plants — much less from crops rooted in rural Nebraska. Although he had hopes of becoming a scientist, Park’s perception of a scientific career is quite different from where he is today.

“I wanted to be a scientist, but I remember thinking that science needed to be physics or engineering. When I entered the university, I realized that I actually wanted to be a biologist. Then, I had to make the decision between animal and plant biology, and I ended up choosing plants,” he said.

A master’s degree and Ph.D. later, Park is a molecular biologist — but that doesn’t mean he’s given up on engineering. Instead of building the airplanes themselves, he engineers sustainable fuel alternatives to help the machines take flight sans petroleum. And his passion for plant physiology leads the way.

Park is primarily interested in metabolic pathways: diverse, reactionary “domino chains” that synthesize valuable end products from organisms. As a postdoctoral researcher in the University of Nebraska at Lincoln’s Department of Biochemistry, Park works with CABBI Co-Investigator Ed Cahoon to study a particular pathway in a particular crop: sorghum.

Sorghum is a hearty, high-yielding grass with the ability to flourish on marginal soil. One of the world’s highest biomass producers, sorghum is an excellent candidate for CABBI’s “plants-as-factories” paradigm wherein metabolic engineering enables valuable coproduct synthesis directly from the crop’s stem. 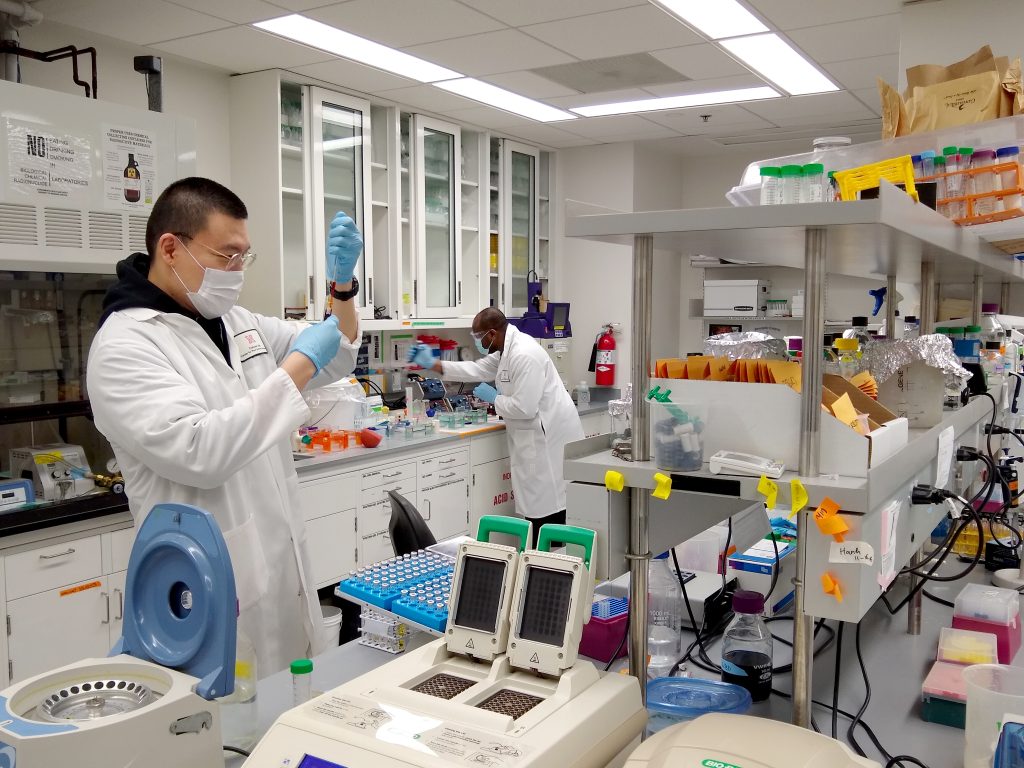 A molecular biologist and metabolic engineer, Park zones in on sorghum’s stem to study its intricate genetic makeup, noting microscopic DNA molecules that cannot be seen with the naked eye. He’s studying the metabolic pathways that are naturally present in sorghum stems, and the series of reactions working hard to synthesize unusual fatty acids.

The term “fatty acid” typically refers to a chain of four to 28 carbon atoms. Unusual fatty acids, though, have certain functional groups, chain length, or desaturation levels that deviate from the norm. While fatty acids are industrially valuable to produce materials like lubricants, biodiesel, and jet fuel, unusual fatty acids have key strengths of their own.

“Unusual fatty acids can have specific functional groups, and specific trait characterizations. For example, certain lubricants in the industry need to be able to tolerate high heats,” Park said, “so specific fatty acids with high melting points, such as ricinoleic acid, can be identified to fit this purpose.”

By studying how sorghum’s pathways are constructed, Park can identify the necessary building blocks to achieve just the right reaction.

Park is particularly interested in identifying how certain proteins act as enzymes in the metabolic “domino chain.” If he can isolate and identify each enzyme’s reactionary role, he can optimize the natural processes occurring in sorghum stems for sustainable production of high-volume, high-value unusual fatty acids.

The process of drawing a direct connection between proteins and products is called “enzyme specification,” and it’s one of the most rewarding aspects of Park’s work. Once he’s determined the functions of certain enzymes, Park can put these reactions to the test. For example: He can engineer a particular strain of sorghum to produce an unusual, heat-tolerant fatty acid chain that may end up as an industrial lubricant.

While Park is fascinated by the intricacies of his work, the big-picture applications of his research are not lost on the green-thumbed environmentalist.

As rising global populations require larger portions of choice agricultural real estate to be allocated for food crops, plants like sorghum — well-suited to marginal and less-than-ideal environments — will prove more valuable than ever in the push against petroleum.

“Someday, we are going to need to replace petroleum-based products like gasoline,” he said. “Before that day comes, we need to prepare to make products like jet fuel, biodiesel, lubricants, and plastics in a sustainable, plant-based way. Basically, CABBI is working on a future.”

And it’s a future that he is excited to be a part of.

Park might not have become an “engineer” in his childhood sense of the word. But one day, when he looks up from his garden, lab bench, or morning cup of coffee, he hopes to see an airplane powered by sustainable fuels — and a future he’s helping to build.