Himaya Mula-Michel: Breeding Sugarcane Resilience in the Eye of a Hurricane 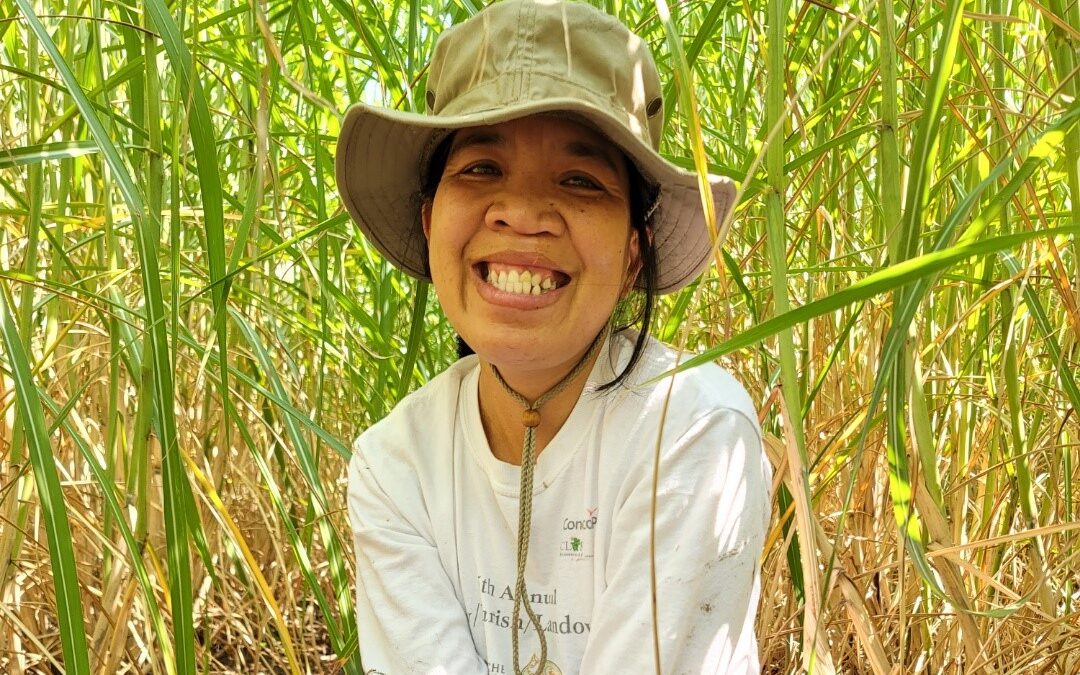 When the second-strongest hurricane to ever hit Louisiana swept through the state in September 2021, it left behind a trail of destruction that spared almost nothing. Himaya (Maia) Mula-Michel, CABBI Feedstock Production scientist at the U.S. Department of Agriculture (USDA) Agricultural Research Service in Houma, La., reports that even months after the record-breaking hurricane, stores are still closed and missing traffic signs haven’t been replaced. Her CABBI work as a Research Agronomist has since resumed, but Mula-Michel and her colleagues were off the grid for weeks with no electricity and Louisiana residents had to wait in long, grueling lines for gasoline to power their homes with generators.

CABBI’s sugarcane crop was one of the few things in Houma seemingly unfettered by Ida. “The sugarcane is fine and still growing!” she said.

Mula-Michel and her PI at USDA-ARS, geneticist Anna Hale, have been working to incorporate wild sugarcane traits into commercial cane varieties for conventional sugar production. Thanks to funding from CABBI, they have been able to expand this work to include the development of varieties for sustainable biofuel production. Because of the crop’s resilience and ability to efficiently convert sunlight to energy, sugarcane is an ideal candidate as a biofuel feedstock.

As is, wild sugarcane is not a perfect bioenergy crop. So Hale selects genetic improvements for desirable traits like disease resistance, cold tolerance, and high biomass production. The long-term goal is to make enhanced sugarcane varieties available to farmers to grow as feedstocks for fossil fuel alternatives. Hale and Mula-Michel plan to provide base varieties for CABBI researchers that efficiently produce biofuels with lower environmental impacts and greenhouse gas emissions (GHG) than fossil fuels. To achieve that, newly developed cane varieties need to be grown on marginal lands — those not suitable for food production.

The fact that much of the sugarcane was knocked over on its side but is still growing after a massive hurricane is encouraging: It’s a resilient plant, and it holds true potential for changing the energy scene. It can endure the more extreme weather caused by a changing climate while providing a more sustainable fuel option. So, the importance of CABBI’s sustainability work was inadvertently reinforced by Hurricane Ida.

Thankfully, Mula-Michel and her family safely endured the storm, though she says they are still disoriented. 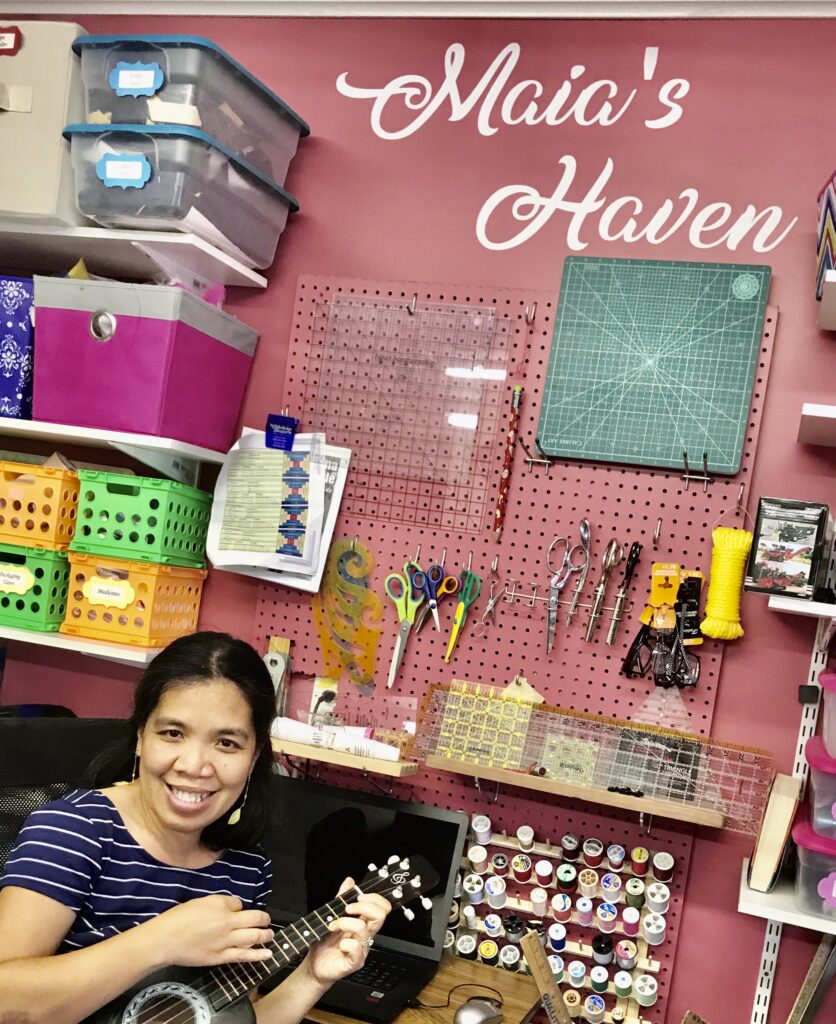 She is originally from the central Philippines, where her grandfather was a rice farmer. She played in the rice fields as a child, always admiring her grandfather’s hard work and deep relationship with the Earth. Mula-Michel knew then that she, too, would work with plants throughout her life.

She earned her bachelor’s degree in Agriculture and her master’s degree in Soil Science, both at Visayas State University in the Philippines. Simultaneously, she was a research assistant working on fertilizer trials on corn and farm sustainability studies. In 2006, Mula-Michel came to the U.S. for the first time, attending Mississippi State University for her doctorate in Agricultural Science with a specialization in Soil Microbiology. She also pursued a postdoctoral education at Mississippi State.

Wanting to be closer to her husband’s family, Mula-Michel moved to Houma, just as a position opened up with the USDA. She joined the team as a Support Agronomist, and soon a position with Hale’s lab became available. That was three years ago.

“It was a blessing,” she said. “It was by the grace of God that when I moved here, a position with CABBI opened. I always wanted to work with the USDA!”

Mula-Michel’s daily routine with CABBI includes bountiful time in the lab screening hundreds of varieties of sugarcane. Much of her work involves wet chemistry, characterization processes, and some fieldwork.

In her free time, Mula-Michel is a self-titled “DIY Queen.” She sews, crafts, plays ukulele, and  — of course — maintains a garden of both vegetable plants and ornamentals native to the Philippines.

Looking toward the future, she says she is with CABBI for the long haul.

“I always liked working with farmers and plants,” she said. “I love doing research, and my husband and I aren’t moving anyway, so I will stay with CABBI for as long as I can.”