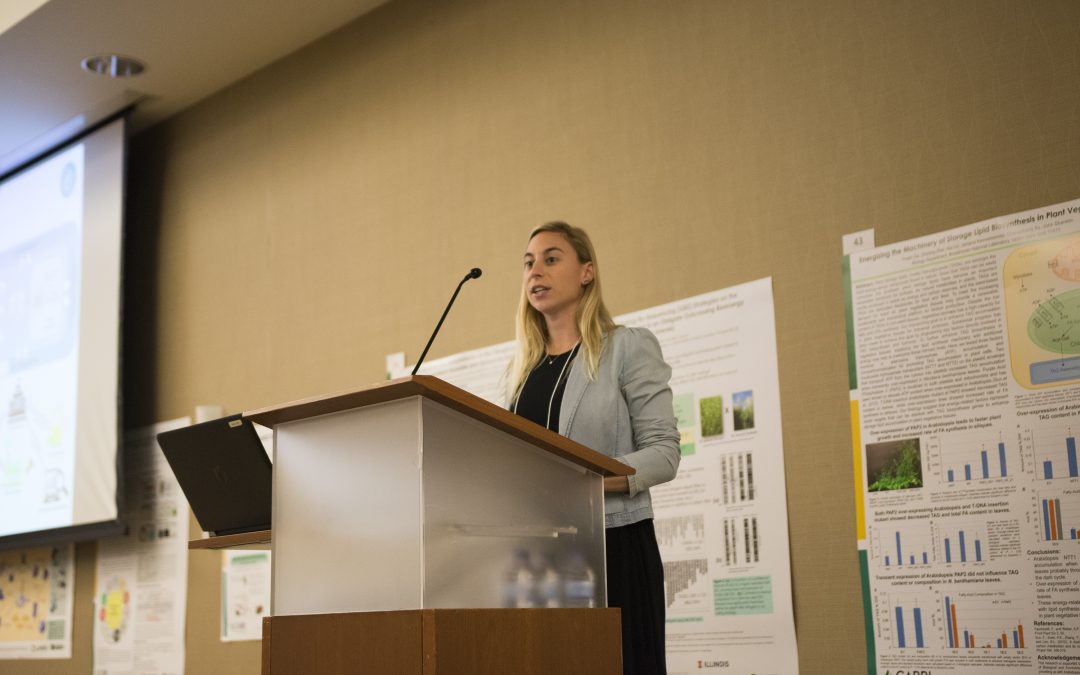 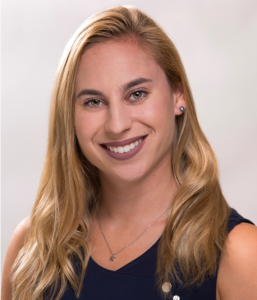 From volunteering at the local zoo when she was younger to traveling all the way to New Zealand to study their earth processes and sustainability mindset, Carrie Leibensperger has always cared about protecting the environment.

Originally from Pittsburgh, Leibensperger completed her undergraduate degree in environmental science and economics at Tulane University in New Orleans. Now at the University of Illinois, she is starting her second year as an M.S. Candidate in civil and environmental engineering doing research under Ximing Cai with CABBI.

Leibensperger chose the University of Illinois to open up more job opportunities for herself while still using her economics degree.

“Professor Cai brought me here. I was very interested in his research because he does a lot of hydro-economic modeling, so it combined my passions of environmental science and economics,” Leibensperger said.

Although the two disciplines are often seen as different, many researchers combine environmental and economic modeling for their projects.

“Widespread adoption of biofuel feedstocks by farmers requires a well-established market. however, acceptance by consumers and other stakeholders also plays a very important role in the biofuel supply chain. I am working to understand the interactions between all of the stakeholders involved,” Leibensperger said.

As Leibensperger said, these two subjects are combined to understand the effects that economics has on the environment or the ways in which stakeholders make decisions about the environment.

Under Cai’s direction, Leibensperger’s team is in the beginning stages of a CABBI research project that assesses barriers to the adoption of biofuels — particularly second-generation ones developed from perennial grasses like miscanthus.

“I am working on a paper that is a literature review — a combination of other research on the topic, put into one paper — so that has been my first year here, delving into the different stakeholders that are involved in biofuel development and understanding the barriers for the widespread adoption of biofuel development and synthesizing the perspectives of different stakeholders that are involved,” Leibensperger said.

These stakeholders include the government, biorefineries, farmers, consumers, and rural communities that are affected by policies put in place either for or against biofuel processes. Not only are the issues that could impact each individual group analyzed, but the combinations of problems that could arise with in the most realistic situation, with consideration for all of the stakeholders as a whole.

“I am developing a survey specifically for farmers to see what they know about biofuels and what they see as the challenges, benefits, and opportunities to growing biofuel feedstocks,” Leibensperger said. 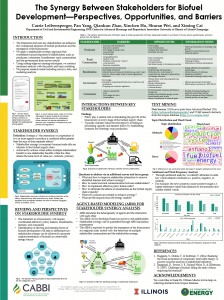 Most of this work takes place in an office where Leibensperger works both independently and in collaboration with her advisor, Brenna Ellison, an Economics professor who specializes in surveys. Another lab student mines through the text, and an undergraduate helps find research papers for the review.

After the survey results are returned to Leibensperger, she and her research team plan to set up an agent-based model for analysis. This modeling system takes individual agents effects on a situation and then combines those agents together for an overall effect.

“We are trying to come up with a hypothesis that we can test through these models that we set up, just to see what we can overcome to move forward to the next step, now that we have identified all the interactions between all these people that are involved in biofuel development,” Leibensperger said.

Through the survey and model analysis, the hope is to find areas that need to be addressed by stakeholders and eventually put them all on the same page in terms of biofuel production.

“When there are discrepancies and disconnection between the different stakeholders, that creates even more barriers than the ones for individual stakeholders themselves,” Leibensperger said.

Although she isn’t quite sure what the study will specifically show, the big picture is the most important.

“It is just about taking a holistic picture and having everyone work together and have a common goal as far as the environmental and potential economic benefits of biofuels feedstocks,” Leibensperger said.

The research can’t change policies, however, the team is taking steps is to understand where perspective and ideals are now, so other researchers can take biofuels farther. While the project is still in the beginning stages, she already looks forward to her future career.

“I definitely want to work in industry or private sector and work for an engineering firm that has sustainable and environmental goals — help business be more sustainable because construction is a very wasteful industry,” she said.