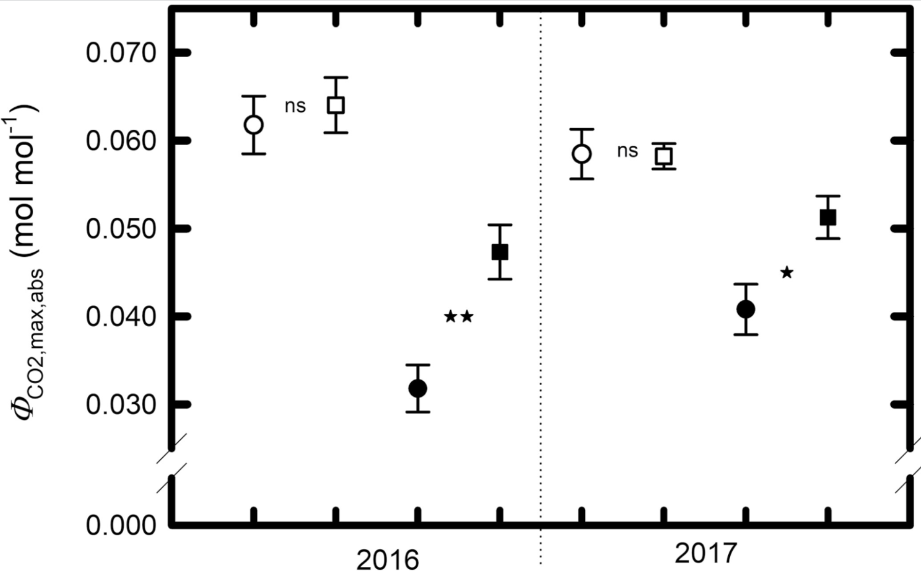 In a set of field studies across four years, the effect of self-shading on photosynthetic performance in lower canopy sorghum leaves was studied at sites in Champaign County, Ill. Photosynthetic parameters in upper and lower canopy leaves, carbon assimilation, electron transport, stomatal conductance, and activity of three C4-specific photosynthetic enzymes, were compared within a genetically diverse range of accessions varying widely in canopy architecture and thereby in the degree of self-shading. Accessions with erect leaves and high light transmission through the canopy are henceforth referred to as “erectophile” and those with low leaf erectness, “planophile.” In the final year of the study, bundle sheath leakiness in erectophile and planophile accessions was also compared.