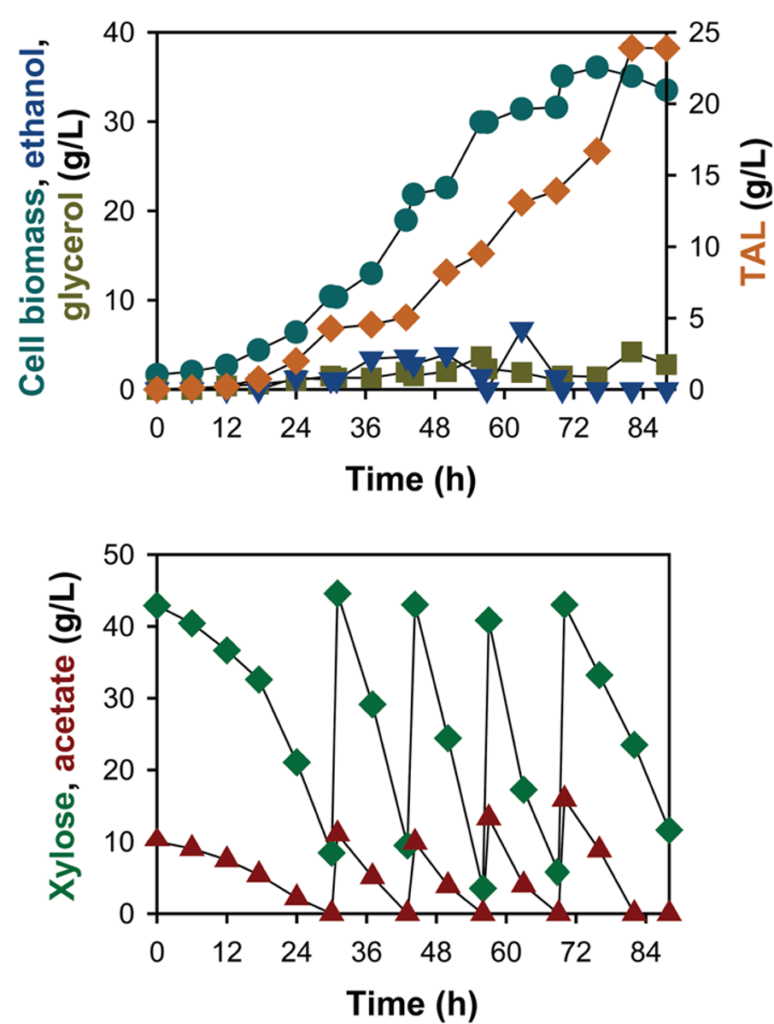 Fed-batch culture with xylose and acetate co-feeding for the production of TAL.

Plant cell wall hydrolysates contain not only sugars but also substantial amounts of acetate, a fermentation inhibitor that hinders bioconversion of lignocellulose. Despite the toxic and non-consumable nature of acetate during glucose metabolism, we demonstrate that acetate can be rapidly co-consumed with xylose by engineered Saccharomyces cerevisiae. The co-consumption leads to a metabolic re-configuration that boosts the synthesis of acetyl-CoA derived bioproducts, including triacetic acid lactone (TAL) and vitamin A, in engineered strains. Notably, by co-feeding xylose and acetate, an engineered strain produces 23.91 g/L TAL with a productivity of 0.29 g/L/h in bioreactor fermentation. This strain also completely converts a hemicellulose hydrolysate of switchgrass into 3.55 g/L TAL. These findings establish a versatile strategy that not only transforms an inhibitor into a valuable substrate but also expands the capacity of acetyl-CoA supply in S. cerevisiae for efficient bioconversion of cellulosic biomass.