Arborist, Agronomist, Advocate: Emily Heaton Has a Heart for the Heartland 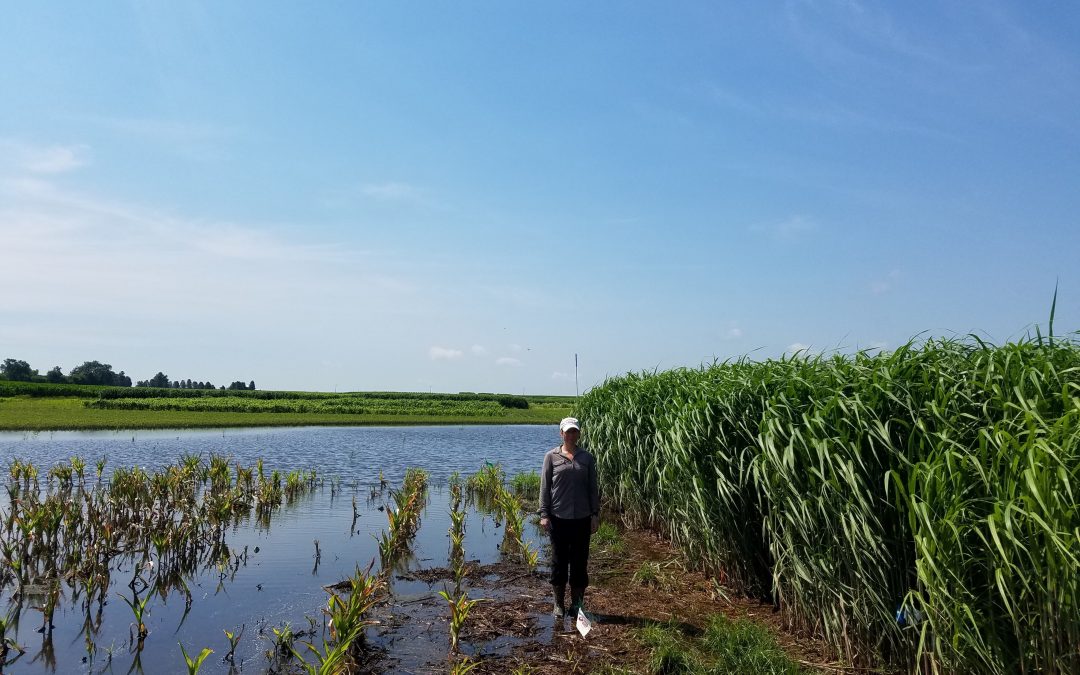 If you happen to catch sight of a car with bumper stickers reading “Management Matters” and “I Heart Perennials,” it’s probably CABBI Sustainability Co-PI Emily Heaton. As an avid agronomist, Heaton is all about advocating for mindful management of our planet’s resources.

Growing up in a small town west of Champaign, Ill., Heaton seized every opportunity to explore natural systems — from starry skies to the fields surrounding her hometown to the forest preserves of central Illinois. But it wasn’t until later in her career that she would label these passions as “sustainability”:

“I don’t know that I ever considered it ‘sustainability.’ It was just life, right? I grew up in nature, and seeing how (the) pieces fit together was just fascinating, and I wanted to work on it more.” 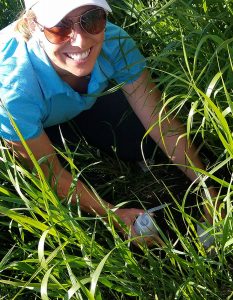 Heaton began her undergrad by pursuing forestry at the school where her parents first met: the University of Illinois at Urbana-Champaign. But despite trees being Heaton’s “first passion,” studying them in a classroom wasn’t cutting it — instead, she took a hiatus from the university and followed her sylvan leanings to a position in a forest preserve.

Upon returning to Illinois, Heaton shifted her focus to carbon mitigation strategies, looking at grasses rather than trees. Luckily, Steve Long — grasses expert and current CABBI Feedstocks PI — was on campus thinking about the exact same thing.

“When I walked back on campus and met with my advisor, he pointed toward … Steve Long’s office, and he said, ‘Steve Long just got here two weeks ago; go get in that lab!’ ” Heaton said. “And so I walked up the stairs and said, ‘Hello, can I be in your lab?’ And it worked!”

Together, Heaton and Long completed some of the U.S.’s first research into miscanthus, a grass that was quickly becoming a popular one to study as a bioenergy source. One grant proposal after another propelled Heaton from undergraduate researcher to M.S. student to Ph.D. recipient, and upon her graduation she accepted a position at a California biotechnology firm running field trials for its genetics department. But after two years, she couldn’t ignore the pull that called her home to the heartland.

“My passions are in the Midwest,” Heaton said. “I’m dedicated to making this landscape a place where I want to raise children.”

Instead of returning to her Illinois roots, Heaton opted for the Prairie State’s next-door neighbor: Iowa. This Midwestern move was entirely unscripted, and came to pass after a lecturing trip to Iowa State University.

“I stepped off the plane, and it smelled like home,” she said. “I just got an overwhelming feeling — it’s like summertime, and I can smell dirt, and plants, and I thought, ‘I don’t belong in Southern California, I belong here.’ ” 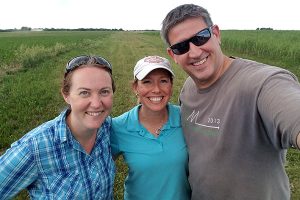 Now, Heaton takes pride in her position in Iowa State’s Department of Agronomy, where her CABBI research also takes place.

“I’m an agronomist, so my job is to sustainably grow food, feed, fuel, and fiber: the four F’s. And to make sure it all goes together. But I always joke specifically that I’m kind of like the first soybean agronomist.”

Heaton studies miscanthus, but she often compares herself to a 1930s soybean scientist because of parallels between the crops: Both plants originated in Asia, and miscanthus is rapidly gearing up to be just as valuable to the Midwestern ecosystem as its senior counterpart.

As an architect of America’s future fields, Heaton leverages crop management to balance the needs of farmers, consumers, and the environment. She uses a combination of field testing and lab modeling to navigate countless “could we, should we” scenarios and determine the optimal assortment of crops to plant in any given field. Overwhelmingly, the results trend in favor of perennials: hardy, self-sufficient plants that live for more than two growing seasons.

The more perennials to a field, the more self-sustaining it will be. Transforming just 15% of crops to perennials elevates the soil’s natural nutrient levels, creating an environment that fosters helpful organisms and minimizes the need for synthetic fertilizers and pesticides. This is critical, as the chemicals in these products contribute to the Gulf of Mexico hypoxic zone, an area threatened by a lack of oxygen in the water.

“Basically,” Heaton summarizes, “if we just put grass in the places we know we should have grass, our water will be clean.” 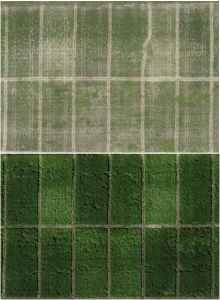 Not only that, but farmers will save the money that they would have spent protecting their farms from weeds and pests.

Midwestern-type landscapes are found all around the world, so Heaton’s research could feasibly be implemented anywhere from Asia to South America. However, she’s most excited about its impact on her own backyard. When asked about her vision for CABBI’s research, Heaton describes what she one day hopes to view from a Des Moines-bound airplane:

“Instead of seeing faded spots on the field or dark spots, it would be more of a patchwork, and I’d see different types of plants. And then I’d see … processing plants for those biomass crops, so there’d be places where we’re squeezing out oil. … Maybe I could feel good that I helped grow some of the fuel that’s flying the plane.” 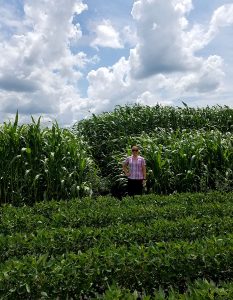 A seemingly lofty goal, but more attainable than we might think. Heaton’s advice? “Don’t worry.

“Work more, worry less. I think we worry more than we work on environmental problems, and it’s amazing how progress happens if you work just a little bit and don’t agonize over minutiae.”

When not modeling in the lab or planting perennials the fields, Heaton makes sure to spend time relaxing — that means everything from romping through the woods with her son Nate and dog Jed, to reading Greek mythology with her nephews on the porch outside. If nature is involved, it’s worth it.

Her name is Emily Heaton, and she speaks for the trees — and for the rivers and streams, gulfs and oceans, for the fields and the perennials (miscanthus and more) that flourish in them. And with her advocacy, action, and hard work, the effects will soon be noticeable from airplane windows around the world.